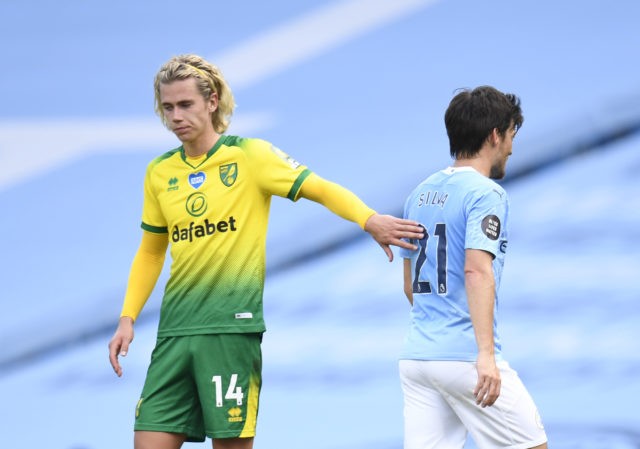 Leeds United are reportedly in contact to sign Todd Cantwell, according to Phil Hay of The Athletic.

Marcelo Bielsa said recently that Leeds are looking to make a couple of additions before the window closes, and it seems the Whites have earmarked Cantwell as a potential option.

The 22-year-old midfielder was not included in Norwich City’s squad for their trip to AFC Bournemouth amid speculation about his future.

there has been contact. Cantwell not in Norwich's squad today and wants to come back to the Premier League.

Mike McGrath of the Telegraph has also tweeted about Cantwell today, suggesting Leeds have spoken to Norwich about the availability of the player.

However, the Whites are yet to table an official bid for the England Under-21 international.

The Telegraph journalist claims that Leeds have other priorities ahead of the transfer deadline day, but Cantwell is a player they really like.

Understand #Leeds have spoken to #Norwich about Todd Cantwell. Official bid yet to be made for the England U21 midfielder

However, according to Football Insider, Leeds have lodged an official £15 million bid for the player already.

Leeds boss Marcelo Bielsa is reportedly keen to add another attacking midfielder to his ranks, and it seems they are serious about landing him.

The Yorkshire side see him as a good fit for their style of play. The player scored six goals in the top flight last term.

Leeds are also looking to sign Gyrano Kerk from FC Utrecht in the summer transfer window.