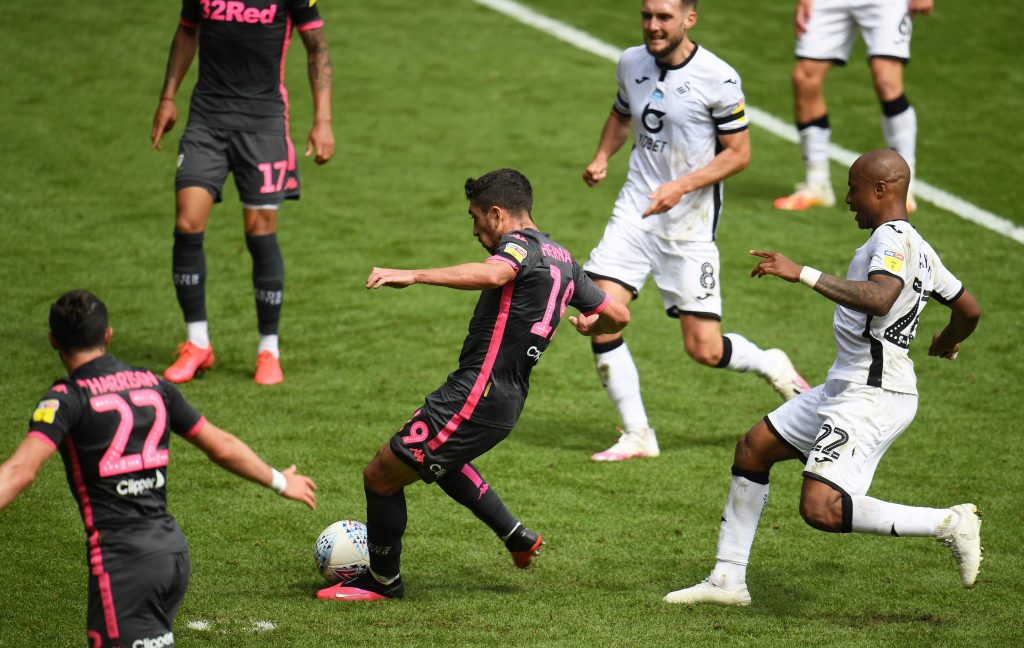 Leeds picked up a late win over Swansea in the Championship yesterday thanks to Pablo Hernandez’s winning goal.

The Spaniard scored on the 89th minute to send Leeds three points clear at the top of the table.

Hernandez has been a key player for Leeds ever since he joined the club and he has been crucial to their promotion bid this season. His goal against Swansea could prove to be vital in the title race now.

With just three games remaining, West Brom will need some sort of luck to win the Championship.

If Hernandez can help Leeds win the Championship this season and get promoted to the Premier League, he will surely go down in the history books as one of Leeds’ cult heroes.

Popular journalist Phil Hay tweeted about Hernandez after the goal against Swansea, claiming that the ‘unreal’ playmaker has been playing like a demon since the restart.

Hay is not the only one who thinks that and several Leeds fans agreed with him. They took to Twitter to share their thoughts on Pablo Hernandez’s contributions this season and here is what they had to say.

It’s actually a pleasure watching him do his thing. Pablo is a league above those players.

Pablo is player of the season. Single handedly dragging us over the line.

the rest of the team owe pablo so much

What a player for Leeds