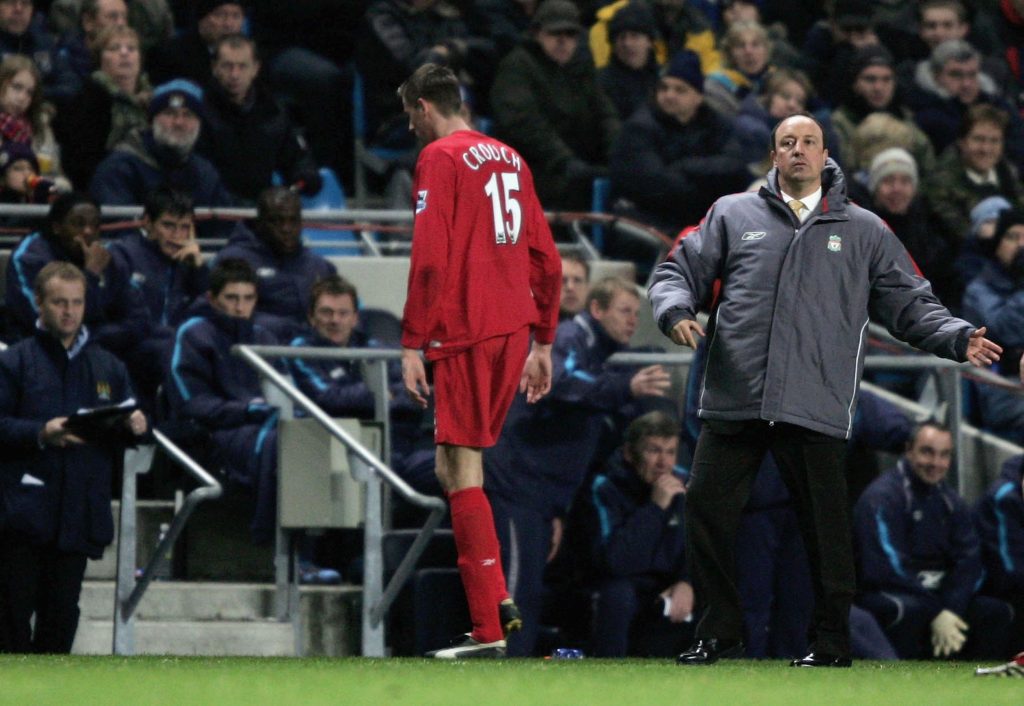 The former Three Lions star left Anfield for Portsmouth due to his limited playing minutes under manager Rafa Benitez, but he wishes he never left after seeing backup striking duo Andriy Voronin and David Ngog getting chances.

“The one thing that niggles away at me is leaving Liverpool in 2008. Rafa Benitez was happy to let me go and I was only ever going to be a Plan B,” Crouch told Sportsmail when answering a question about what his biggest footballing regret is.

“One of the reasons I went to Portsmouth was because Steven Gerrard and Fernando Torres were such a dynamic partnership but, 18 months later, when I saw Andriy Voronin and David Ngog getting opportunities, it made me wish I had stayed.

Crouch spent three seasons at Liverpool, scoring 42 goals in 134 appearances across all competitions, winning the F.A Cup in 2005-06.

While he would have gotten his chances had he remained a little longer on Merseyside, constantly playing second fiddle to the prolific Torres might not have sat well with him.

Crouch spent a season at Portsmouth before returning to Tottenham Hotspur where he spent two seasons.

He further established himself at Stoke City, spending eight seasons before eventually joining Burnley and hanging his boots.

Crouch scored a total of 205 goals in 735 games during his club career, bagging 22 goals in 42 games for the Three Lions.