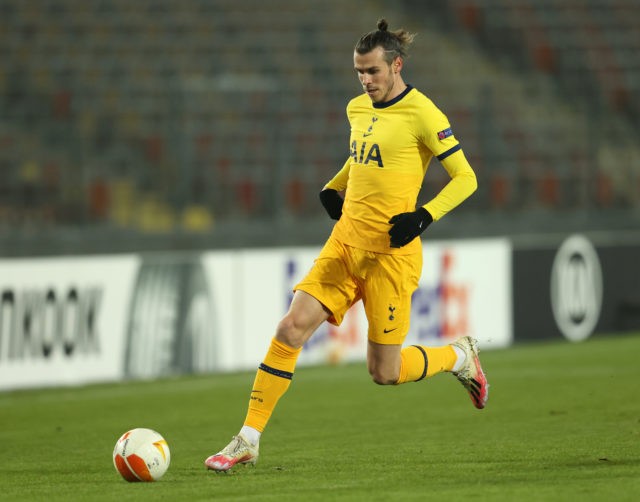 Former Liverpool and Tottenham Hotspur striker Peter Crouch is confident that Spurs will challenge for the title this season, and Gareth Bale will play his part.

In his column for the Daily Mail, Crouch made this statement while answering a question on whether Bale can get back to being the player he was at Spurs.

This is what Crouch had to say about Bale:

“It was unrealistic, Dave, for people to expect Gareth to come back from seven years in Spain and be the turbocharged winger who blew us away. In the years I played with him, I have never seen anyone who had such an engine — up, down, up, down at full pace for 90 minutes.

“His last two years in Madrid were ruined by Zinedine Zidane effectively cutting him out and that much disruption has an impact on a player finding rhythm. One thing I have noticed is that he is cleverer in terms of how he times his runs and when he engages top gear.

“You also have to recognise how good Son Heung-min, Harry Kane and Steven Bergwijn have been for Jose Mourinho. Son and Kane were magnificent on the counter against Arsenal and the more I see them, the more I see genuine title challengers. Gareth will play his part to help, for sure.”

Bale was already a fabulous player when he joined Madrid in 2013. He took his game to a whole new level at Los Blancos where he won four Champions League titles with the club.

However, under Zinedine Zidane, he has hardly featured in the last couple of years. His talent was wasted on the bench. Spurs took a gamble on him this summer (joined on loan), and it was the right decision.

The Welshman is still a world-class player, and all he needs is to get back to his full fitness. He has plenty of football left in him and just needs time to find his rhythm. The good part is that the 31-year-old is playing regularly, and he has got his mojo back.

Spurs have a stellar cast of attacking midfield options with Jose Mourinho having players like Son Heung-Min, Erik Lamela, Steven Bergwijn, Lucas Moura, Giovani Lo Celso et al. It looks like an embarrassment of riches with the likes of Dele Alli struggling to get into the first team.

Adding Bale into that mix makes them an even better team.

Spurs can truly challenge Liverpool all the way for the Premier League title this season. They have a solid squad, and an experienced manager who has won league titles at every country he has managed.

Mourinho said recently that he wants Bale to get back into a proper physical shape where the Welshman can play twice or thrice a week. If Bale can regain his sharpness, Mourinho can properly unleash him in the front three involving Kane and Son.