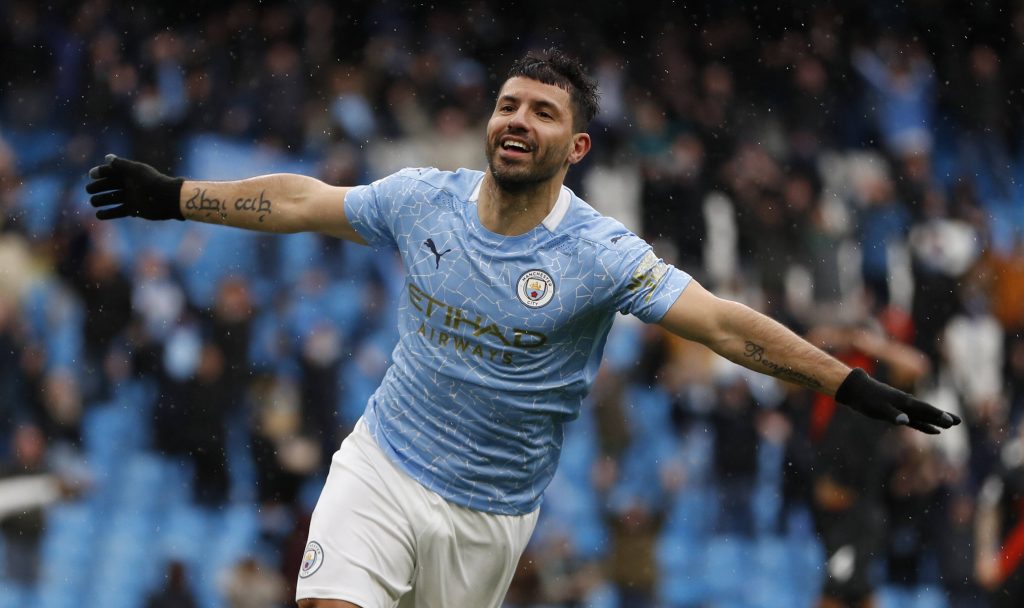 Manchester City manager Pep Guardiola says that Sergio Aguero is close to making the switch to Barcelona on a free transfer this summer.

The Argentine has been a superb performer for the Cityzens over the past decade, but he will leave them when his contract expires next month.

Aguero ended his Premier League career with a sublime brace coming off the bench against Everton on Sunday. The Cityzens won by a convincing 5-0 scoreline.

Following the trophy celebrations, Guardiola dropped a huge hint that Aguero will join his former club Barcelona to play alongside compatriot Lionel Messi.

He told BBC Sport: “Maybe I reveal a secret. Maybe he is close to agreeing a deal for the club of my heart – for Barcelona.

“He is going to be playing alongside the best player of all time, Messi.

“I’m pretty sure he is going to enjoy. And maybe Barcelona are stronger and stronger with him on the pitch.”

Aguero created Premier League history at the Etihad Stadium yesterday as he became the highest-scoring striker for a single club in the competition.

He was one goal shy of Wayne Rooney’s 183-goal tally for Manchester United. The 32-year-old broke the feat with a quick-fire brace coming off the bench.

The Cityzens face Chelsea in the Champions League final in Lisbon on Saturday, and Guardiola could start Aguero.

The Argentine will want to finish his Cityzens career by lifting the European crown, which has eluded the club despite their dominance over the past decade.

Meanwhile, Guardiola’s comments suggest that the Blaugrana are close to committing Messi to a new contract beyond next month.

Messi’s future has been a regular topic of discussion in recent months, but it appears that he could line up alongside close friend Aguero next season.

Aguero, who is valued at £22.5 million by Transfermarkt, has netted 260 goals for City, and he would be a fantastic signing for the Blaugrana.