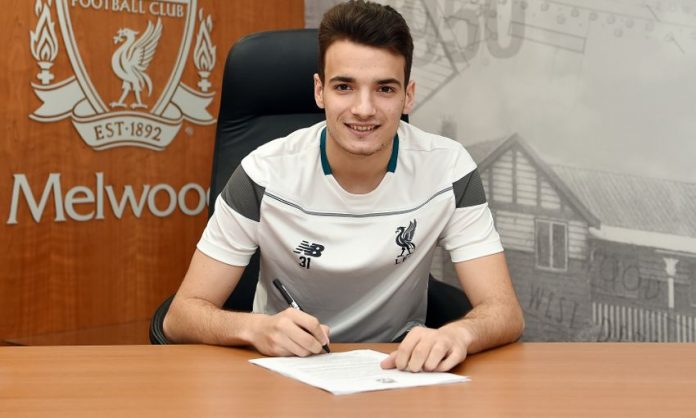 The move has been confirmed on Liverpool’s official website and the Spaniard will now look to continue his development with regular first-team football under his belt.

Chirivella signed for Liverpool from Valencia in 2013 and was regarded as one of the most talented Spanish youth players back then.

The 19-year-old has impressed for the U23s this season and recently Liverpool Echo reported that Jurgen Klopp is a big fan of the player. Chirivella has racked up five first team appearances for Liverpool already. The Spaniard will be hoping to follow in the footsteps of Woodburn, Ejaria and Alexander-Arnold next year and force himself into Jurgen Klopp’s plans when he returns from his loan spell.

Go Ahead Eagles are struggling to pull away from the drop zone and will be hoping that the Liverpool midfielder can make a positive impact during his loan spell.

The young Spanish playmaker signed a new deal at Liverpool back in March and is seen is a big part of the club’s future. Klopp will be hoping that Chirivella can return from his loan spell as a better player at the end of this season.