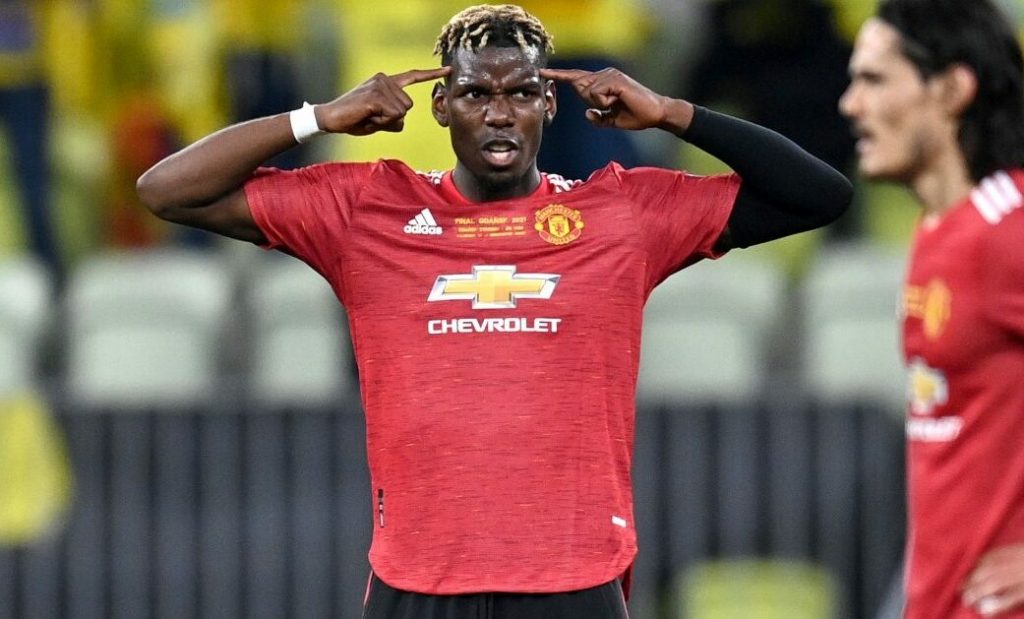 The Red Devils have already signed Jadon Sancho from Borussia Dortmund for £73 million, and they are on the cusp of landing Real Madrid’s Raphael Varane.

Varane’s arrival could take the club’s spending to around £113m that is beyond the allocated £100m budget by the Glazers this summer.

It is now reported that the club need to cash in on players before they can look into more signings during the ongoing transfer window.

The club have been credited with an interest in Kieran Trippier, Jules Kounde and Eduardo Camavinga, but they need to recoup money first.

Jesse Lingard, Andreas Pereira and Axel Tuanzebe could head for the exit door, but Pogba is regarded as the player that could bring in the most funds.

After turning down a new deal beyond next summer, United have set an asking price of £50m for Pogba. Paris Saint-Germain are strong contenders to sign him.

A new centre-back has been a prime priority for the Red Devils, and they are set to fulfil their requirement with the purchase of Varane.

It is unlikely that they will pursue another centre-back, and the focus may lie on pursuing Pogba’s replacement and a quality right-back.

Camavinga has been heavily linked with both United and PSG. Pogba’s move to Paris could pave the way for the teenage midfielder to head to Old Trafford.

Meanwhile, it is widely known that Trippier is the top target for United as they seek a quality competitor to right-back Aaron Wan-Bissaka next term.

Pogba’s exit would free up wages of around £290,000-a-week. United could land both players from the salary and funds recouped through the midfielder’s exit.