The much talked about transfer saga of Paul Pogba seems to be nearing its conclusion and it does not end with him staying put at Juventus.

The Frenchman is a target for Jose Mourinho and Manchester United are doing everything in their power to bring him back to Old Trafford.

Allowed to leave as a free agent a few seasons ago, the Red Devils are now willing to pay a world record fee to rectify their mistake of underestimating his ability in the past.  Starved of first team football, the young Frenchman decided to end his time at Old Trafford under Sir Alex.

It seems that the Premier League outfit have now convinced the player that a return is best for him.

After weeks of speculation and rumours, the Italian media are finally reporting that the player has now asked to leave Juventus. 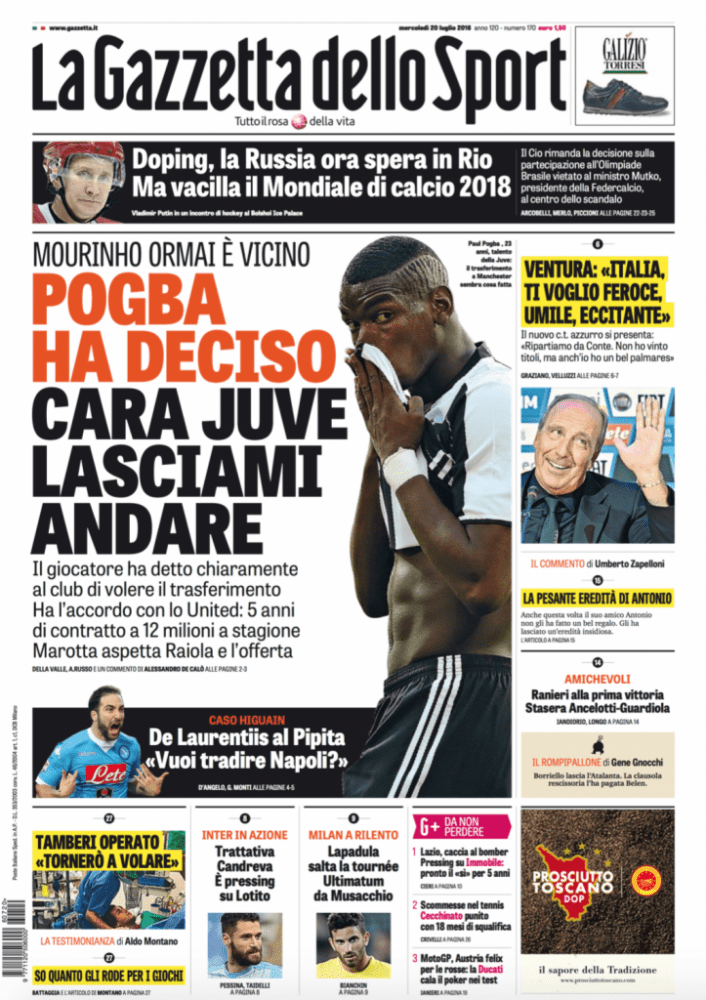 So far, it was United trying to agree a fee and pushing for a move. They will be delighted with the news that the player is now trying to force a move as well.

La Gazzetta dello Sport are reporting that personal terms have been agreed with the player and Manchester United are already negotiating a world record fee with Juventus.

The Juventus midfielder will sign a five year contract with Manchester United, worth 60 million Euros in total.

Pogba is set to add some much needed power and presence to the Manchester United midfield. Furthermore, United’s current central midfield has very little to offer going forward and the French international will be a huge upgrade in that respect as well.

The Juventus midfielder could be Jose Mourinho’s Frank Lampard as well as Wesley Sneijder at Manchester United.

Calciomercato also add that both clubs have already met once regarding the fee negotiations and United are expected to raise their offer to an acceptable level in their next meeting.

Apparently, Pogba will pocket 20% of the fee due to a clause in his contract and therefore Juventus are determined to push the fee towards 120 million Euros so that they end up with 100 million themselves.