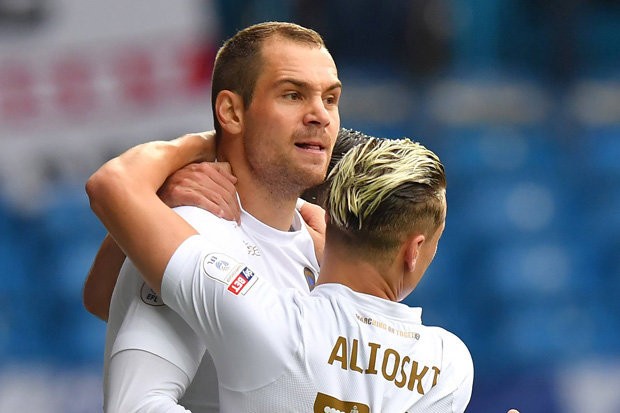 Ahead of Leeds United’s Championship clash against Yorkshire rivals Sheffield Wednesday,  manager Paul Heckingbottom has said that he would want to see Pierre-Michel Lasogga at Elland Road next season as well.

The 26-year-old joined the Whites from Hamburger SV on loan, and has made a strong impression. Although he has struggled to maintain consistency at times, he has still managed to score 10 Championship goals.

Lasogga started the campaign on a high note when he scored twice on his debut against Burton. By October, he added five goals to his name already.

However, he didn’t manage to score again in 2017 after that. This year he looks in good touch again and scored three goals in three matches last month.

Lasogga has proved that he can be a handy player to have in the squad and Heckingbottom has hinted that he would like to see him at Elland Road next season as well.

“Yeah, he’s [Lasogga] one of,” said Heckingbottom to Leeds Live when asked whether he would like to see Lasogga at Elland Road next season.

“We want the strongest possible squad in all areas. In terms of what we can afford, the ability, the technical ability, the understanding and the mentality of the players and that’s why. I think it’s a good situation to make clear that we’re fighting for that and if that desire and that real intent to be a part of what we want here is shown by the players we’ve automatically improved that.”

Leeds find themselves 13th in the Championship table and are winless in their last three matches.