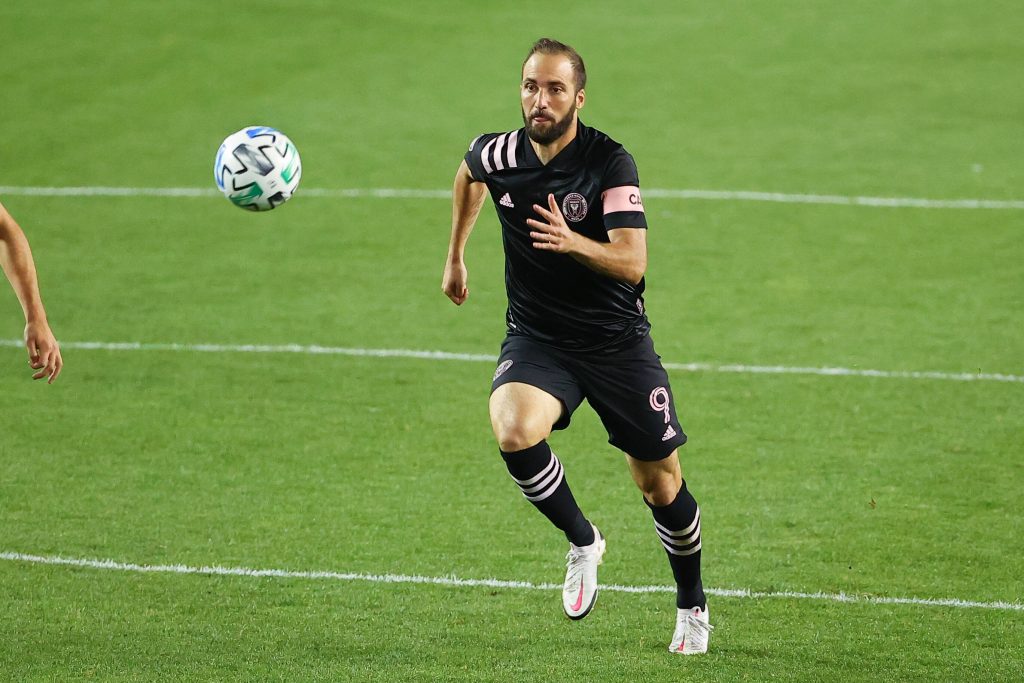 A player who would’ve been in the underrated Xl half a decade ago, it feels quite bittersweet to select Gonzalo Higuain to conclude our overrated Xl.

Now in the MLS, Higuain’s time in Europe appears to be over, as he’s unlikely to emulate Zlatan Ibrahimovic and return to top-tier football in Europe.

With Higuain’s European journey likely to be over it offers us a much-needed chance to reflect on his spell in Europe and why we’ve included him in this team.

The answer is simple – the Argentine’s move to Juventus in 2016 made him one of the most expensive footballers of all-time.

Up to this point, Higuain was perhaps underrated, playing without pressure and shining for Napoli – a big team without being a giant of the game.

This was perfect for the Argentine after the pressure of playing in the spotlight at Real Madrid, as he broke goalscoring records in an incredible stint in Naples.

His subsequent move to Juve in 2016 changed things, as he never did enough to justify the €90 million the club spent on him.

At this point, there was a large amount of hype around Higuain – perhaps too much for a player who had just become one of the most expensive in the world at 28-years-old.

Despite an impressive start to life in Turin, his performances started to fade once he hit 30, with loans at AC Milan and Chelsea also failing to reignite the Argentinean.

A player who was shining at Napoli, the big money move to Juventus put Higuain back in the spotlight, as he had the impossible task of trying to live up to the money splashed out on him.

Now of Inter Miami, the former Madrid striker has failed to make an immediate impact in the US with just one goal in nine outings for the MLS team.

This further establishes the points we’ve made about a striker who has been severely lacking confidence for some time now and is therefore overrated.