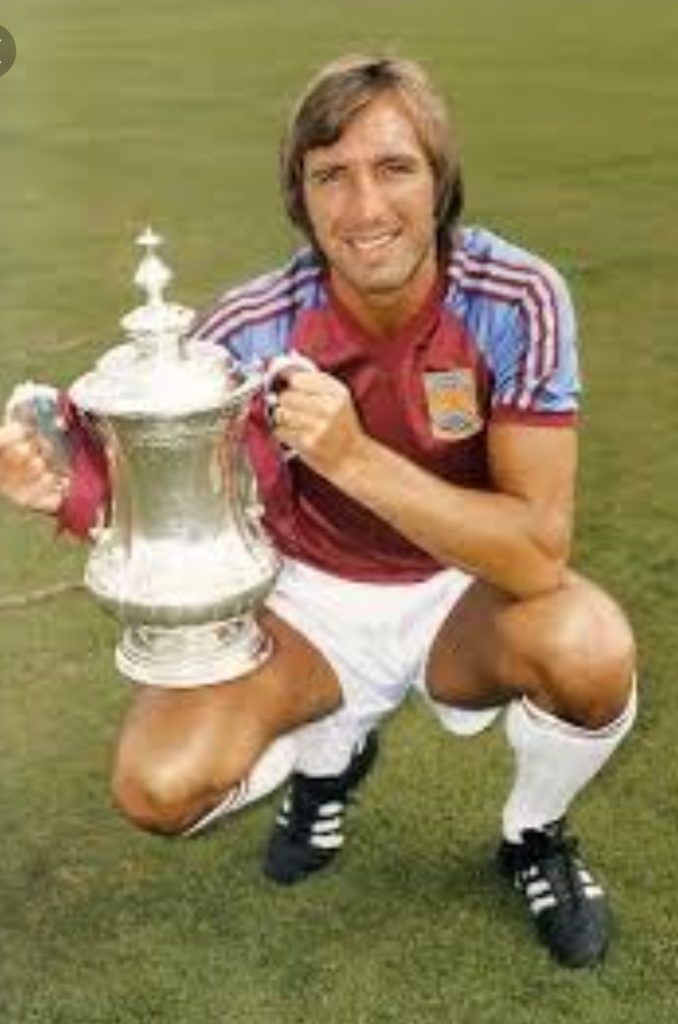 West Ham United have announced that club legend Billy Bonds is to have a stand named in his honour at The London Stadium.

The club’s official website, whufc.com, confirmed the east stand, that has a capacity of 20,000, will now become the Billy Bonds Stand.

Bonds is the third player to be honoured at the new stadium in Stratford, alongside Bobby Moore and Trevor Brooking.

Bonds moved to The Irons for a fee of £50,000 from Charlton Athletic in 1967. He went on to spend the rest of his career in East London, making 793-appearances. During 21-season’s, Bonds was influential at the club, captaining The Hammers to FA Cup glory in 1975 and 1980.

Following retirement from playing, Bonds took on a coaching role at Upton Park. In 1990 he was appointed first-team manager, remaining in the role until 1994.

The 74-year-old will be present at an official ceremony on the 2nd of March when the stand will unveiled.

Bonds spoke of his delight following the announcement. He said:

“I am very lucky – I have had such great support at this club over the years. The fans have always been great to me, from day one. The one thing I always did was give effort, first and foremost, and if the West Ham fans see that, they will forgive a lot of things”.

The Hammers legend added what it means to him, and how special the day of the unveiling will be.

“It is going to be a special day on 2 March. I am really looking forward to it and it will be lovely for my family. I have two daughters and two granddaughters, and they can’t wait to come to London Stadium to see it. I’m getting on a bit now, into my 70s, but it will be great – when I’m no longer around – for my granddaughters to come here and say ‘That’s Grandad’s stand’. That will be lovely”.

Irons fans have been quick to show their approval of a man that’s a legend in every way in East London.