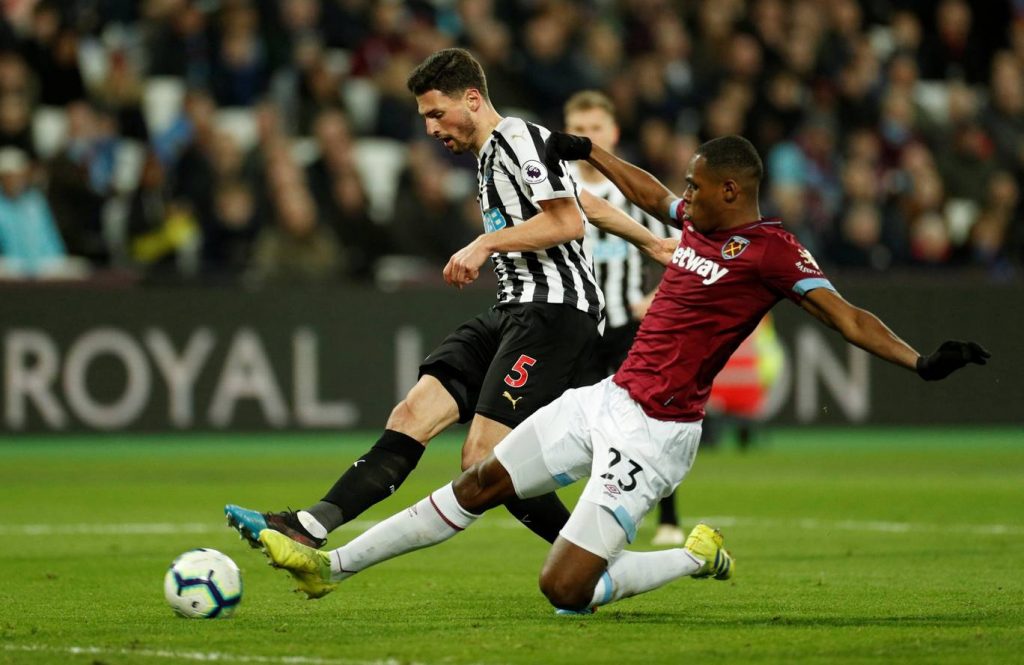 Tottenham managed to agree on a new deal with Toby Alderweireld earlier this month.

The Belgian was expected to leave on a free transfer at the end of this season but it seems that Jose Mourinho’s arrival helped change his mind.

However, the Londoners still need to sort out Jan Vertonghen’s future. He will be out of contract in June 2020.

Mourinho cannot go into the next season with Alderweireld and Sanchez as his only reliable centre back options. Foyth needs more time to develop into a first-team starter.

Tottenham should look to make a move for the West Ham centre back Issa Diop. The 22-year-old Frenchman has made quite the impression since joining the Hammers and he has shown that he has the ability to shine in the Premier League.

Diop has been linked with a move away from the Hammers this season and Mourinho should look to test West Ham’s resolve with a bid. Spurs have the resources to tempt their London rivals.

West Ham are going through a bit of a crisis right now and this would be a good time to unsettle their key players. Also, the Hammers have been linked with the Athletic Bilbao defender Unai Nunez. If they sign the La Liga player, they might be more willing to sell Diop.

Diop would be a superb long term investment for the Londoners. When the likes of Alderweireld and Vertonghen decide to move on, Diop and Sanchez could take over as the club’s first-choice central defensive partnership.

The young centre back is likely to improve a lot in future and a move to Spurs would be ideal for his career. Mourinho is a world-class coach who will help him improve. Also, he will be able to learn from outstanding defenders like Alderweireld right now.

Convincing the player shouldn’t be too hard for them either. Spurs can offer him European football and the chance to play for Mourinho is always an attractive proposition.

Levy must look to get Tottenham’s defence sorted before the key players decide to move on. Spurs must do everything to land the West Ham ace in January or at the end of this season.