On This Day in Football: The Blonde Arrow strikes, Liverpool create history 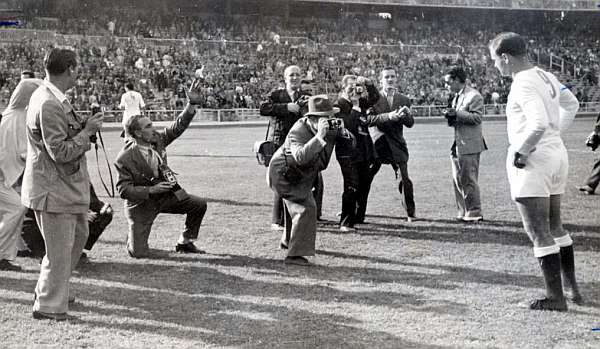 On this day in 1953, Alfredo Di Stefano made his debut for Real Madrid in a friendly against French club AS Nancy. Los Blancos lost the game 4-2 but Di Stefano managed to get a debut goal for his new club.

Di Stefano is often regarded as one of the greatest players to ever play the game. Born in Buenos Aires, he started his footballing journey with River Plate where he scored 49 goals in 66 league matches. Nicknamed ‘the Blonde Arrow’, he was part of arguably the greatest club side of all time at Real Madrid. He scored in the final of each and every one of the five consecutive European Cups that Real won between 1956 and 1960.

He was also a recipient of the prestigious Ballon d’Or award on two occasions for his exploits on the pitch. He stayed in Madrid until 1964 before moving to Espanyol where he retired at the age of 40.

On this day in 1986, Liverpool beat Fulham 10-0 in the League Cup. The astounding score line equalled the record set by West Ham United who had beaten Bury by the same margin in 1983.

Liverpool were serial winners of the League Cup, lifting the trophy in four consecutive seasons between 1981 and 1984. A third round loss against Tottenham Hotspur in the 1984-85 season and elimination at the hands of Queens Park Rangers in the semi-finals of the 1985-86 campaign meant that the Reds were looking for redemption.

A tiny crowd of 13,498 welcomed the two teams on a Tuesday at Anfield for the first leg of this second round tie. Ian Rush opened the scoring in the eighth minute before John Wark, Ronnie Whelan and Steve McMahon made it 4-0 at half-time.

Wark and Rush scored a goal apiece again in the second half while McMahon added three more to bring his personal tally to four goals. Steve Nicol managed to get on to the score sheet late into the game to make it 10-0 to Liverpool.

Unfortunately for the Merseysiders, they lost to Arsenal in the final by 2-1.