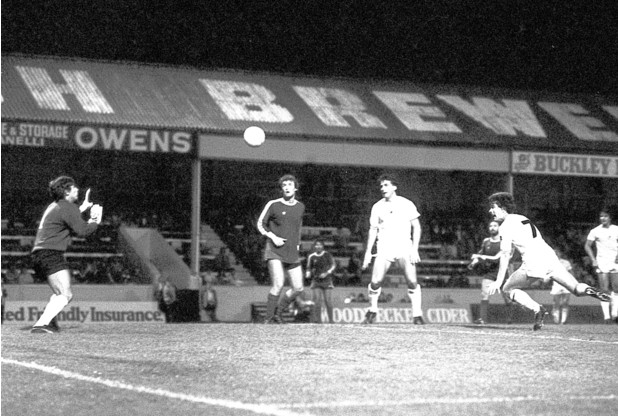 On this day in 1976 and 1982, Derby County and Swansea City both registered their biggest wins in their clubs’ history, respectively. To make the wins even sweeter, both were achieved in European competitions.

Derby’s victory came against Irish side Finn Harps in a UEFA Cup first round tie. The mid-seventies was a good period in Derby’s history as the Rams won the First Division title in 1975, then finished fourth in the following season. The emphatic win over Finn Harps could not have come at a better time. Derby were winless in their first five games in the league and were languishing at 19th on the table.

They were the obvious favourites but even Derby’s own fans at the Baseball Ground could not have anticipated such an astounding score line. Kevin Hector scored five goals on his own, Leighton James and Charlie George each scored a hat-trick, and Bruce Rioch got on the score sheet as well.

The second leg at Finn park was a relatively close affair. Derby won 4-1, recording an aggregate win of 16-1.

Unfortunately, The Rams’ journey ended in the very next round as they lost 5-2 on aggregate to Greek heavyweights AEK Athens.

Swansea City’s record win came against Malta’s most successful club Sliema Wanderers in the European Cup Winners Cup in 1982. Eight different players got their names on the score sheet as the Swans hammered Sliema 12-0 in the first leg.

The second leg in Malta was equally entertaining. Swansea ran out 5-0 winners thus registering a 17-0 win on aggregate.