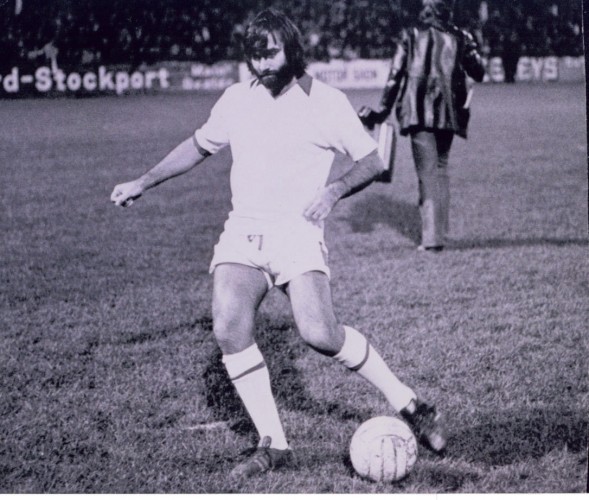 On this day in 1885, the United States of America and Canada played the first international game of football outside the United Kingdom.

Played in New Jersey, the USA conceded in the tenth minute which remained the only goal in the game. Goalkeeper JN McKendrick did his best to deny the Americans an equaliser as Canada held on to register a 1-0 victory.

“The football match yesterday between the champion elevens of Canada and of the United States, played according to the American Association rules, on the grounds of the O.N.T. Athletic Association, at East Newark, was one of the best contested games ever seen in the neighbourhood,” wrote the New York Times.

On this day in 1975, Manchester United legend George Best made his debut for Stockport County.

The former Ballon d’Or and European Cup winner had left United the previous year and played his first game for the Hatters against Swansea City in the Fourth Division. Best scored on his debut as Stockport won 3-2. He played two more matches for the club, against Watford and Southport, before moving to Cork Celtic in Ireland.

On this day in 1999, Argentinean clubs Velez Sarsfield and Ferro Carril Oeste met in a top flight game with Velez winning 6-1.

Velez goalkeeper Jose Luis Chilavert remarkably scored a hat-trick to become the man of the match. The Paraguayan scored an astounding 62 goals for club and country in a career that stretched from 1982 to 2004.