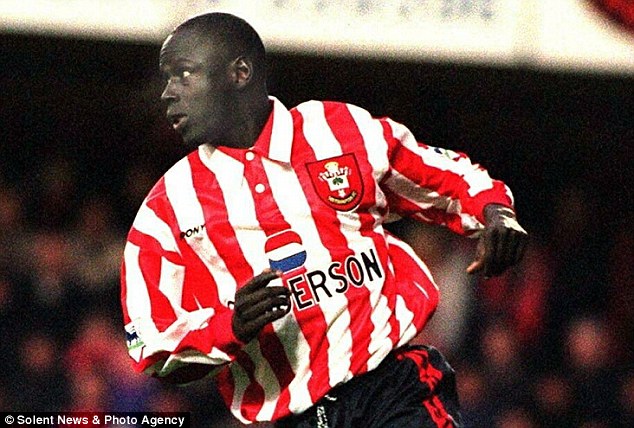 On this day in 1996, football legend [citation required] Ali Dia made his debut for Southampton.

Dia’s story is as bizarre as it is hilarious. Signed by Saints boss Graeme Souness, the Senegalese striker played just one game for Southampton. Souness received a phone call from a man claiming to be Liberian football legend and Ballon d’Or winner George Weah. The man insisted that Dia was his cousin and that Southampton would gain a decent striker by signing him.

He also professed that Dia had played for Weah’s former club Paris Saint-Germain as well as making 13 international appearances for Senegal. Meanwhile, Souness, in his finite wisdom, believed every word of the pretender and signed Dia on a one month contract without watching him kick a ball.

The hilarity had just begun.

Despite not impressing the coaches in training, Dia was named in the Saints squad for their match against Leeds United. Souness decided to sub him on in the 33rd minute for Saints legend Matt LeTissier. It was almost immediately apparent that Dia was not the player that Souness thought he was.

The Senegalese attacker was subbed off after just 20 minutes on the pitch, his contract was later terminated with Souness facing the brunt of fans and media alike. The Liverpool legend resigned at the end of the season.