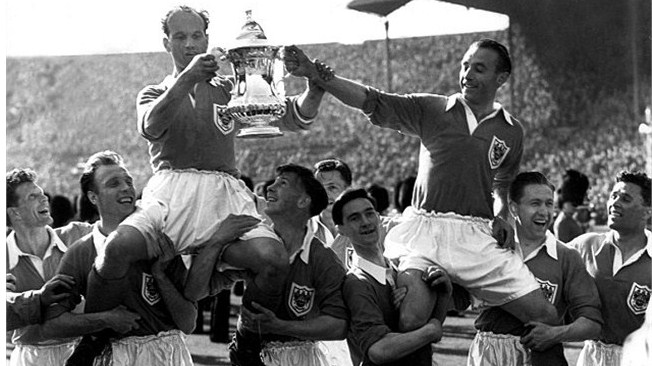 On this day in 1953, Blackpool beat Bolton Wanderers to lift the FA Cup in a game that is popularly called the ‘Matthews Final’.

Bolton took the lead in the second minute through Nat Lofthouse before Blackpool legend Stan Mortensen equalised in the 35th minute mark. But goals from Willie Moir and Eric Bell established a two goal cushion for Bolton in the second half and this was when Matthews inspired a stunning comeback.

His excellent crossing from the right helped Mortensen complete his hat-trick and William Perry score the winning goal in the 92nd minute as Blackpool lifted the FA Cup.

The match was since dubbed as the ‘Matthews Final’ despite Mortensen scoring an impressive hat-trick. Mortensen remains the only player in the history of the FA Cup to score a hat-trick in the final at the old Wembley.

European glory for Porto and Benfica

On this day in 1962 and 1987, the European Cup was lifted by Portuguese giants Benfica and FC Porto, respectively.

Benfica beat Real Madrid 5-3 in Amsterdam to lift their second consecutive European Cup while Porto beat Bundesliga heavyweights Bayern Munich 2-1 in Vienna in what was their first taste of success in the competition.