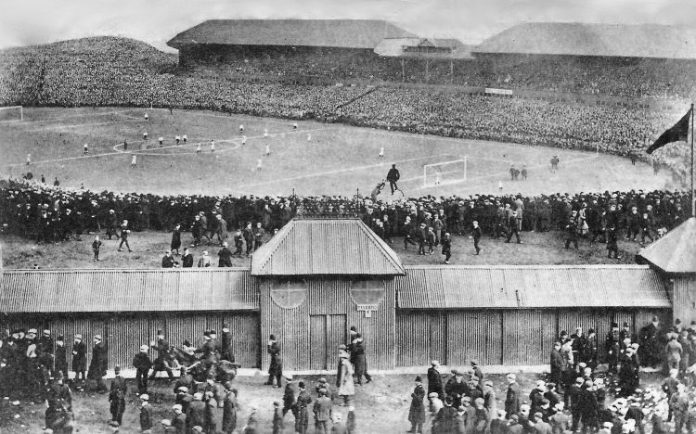 On this day in 1895, Manchester City posted their record league victory by beating Lincoln City 11-3.

City’s stunning win was also Lincoln’s record loss. But despite the Mancunians’ incredible form their league campaign was largely average. The club could only manage 14 wins, three draws and 13 losses and finished the season at ninth on the second division table.

Promotion to the top flight would have to wait for four years.

On this day in 1912, England played Scotland at Hampden Park in Glasgow in front of a world record crowd of 127,307 fans.

The two teams went toe to toe with each other for the rest of the game but the match finished at 1-1.