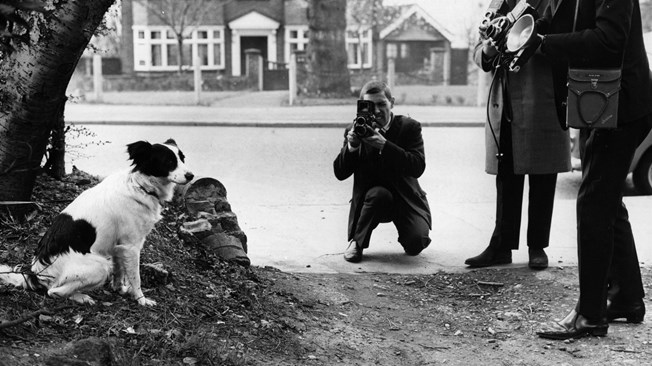 On this day in 1966, a few months prior to the World Cup in England, the Jules Rimet trophy was stolen from Westminster Central Hall in London.

The Football Association had received the trophy in January of 1966 ahead of the World Cup in July. The trophy was mostly kept at the FA’s headquarters in Lancaster Gate except for a couple of publicity events. In February, the Stanley Gibbons stamp company were granted permission to showcase the trophy at their exhibition held in Westminster Central Hall. The company assured that the trophy would be kept under guard 24/7. Additionally, the Football Association insured it for £30,000 despite its official value being only £3,000.

The trophy was watched round the clock by two uniformed guards and two plainclothes officers. But despite the heavy security, the trophy was found missing on 20 March at around noon. The case was forced open and the thieves had removed the nuts and bolts of the main door from outside the room.

The Flying Squad, Scotland Yard’s Serious and Organised Crime Command, were on the case and interviewed a lot of people in and around Westminster Central Hall without it leading anywhere.

The next day, the chairman of the FA Joe Mears received an anonymous phone call demanding £15,000 in £1 and £5 notes in exchange for the trophy. The man also said that Mears would receive a parcel at Stamford Bridge the next day. The parcel contained the removable lining from the top of the trophy and a ransom note.

Mears and the Scotland Yard worked together to hunt the thieves down but all efforts to find the culprit, and more importantly the trophy, were futile.

Five days later, a man called David Corbett and his dog Pickles were taking a walk in southeast London. Pickles found something intriguing in the hedges of Corbett’s house. There was a box covered in newspaper and tied with string. Corbett opened the box and found the World Cup trophy in there. He handed it over to the authorities and although the police initially suspected Corbett’s involvement in the theft, he had an alibi.

Meanwhile, Pickles became an instant celebrity for finding the Jules Rimet trophy and appeared on television and in some movies.