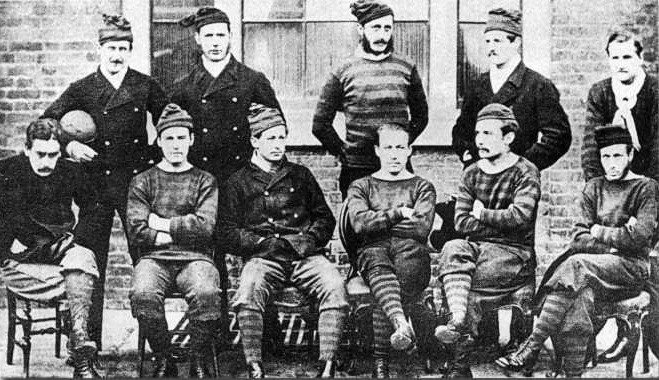 On this day in 1872, the first ever FA Cup final was played between Wanderers and Royal Engineers at the Kensington Oval in London.

Known as the Football Association Challenge Cup back then, it is the oldest football competition in the world. Both Wanderers and the Engineers were among 15 teams from up and down the country participating in the inaugural competition. Both won the first round through walkovers.

The second round saw Wanderers beat Clapham Rovers 3-1 while Engineers beat Hitchin 5-0. The two teams made it to the final through a series of byes and walkovers. The Scottish club Queen’s Park made it into the semi-finals without actually kicking in a ball in the tournament.

Kensington Oval was the stage for the final with as many as 2000 fans inside the stadium. A 15th minute strike from Morton Betts was all it took to hand Wanderers their first piece of silverware.

The Field newspaper described the final as “the fastest and hardest match that has ever been seen at The Oval.”

(Pictured above is the Royal Engineers side from 1872.)