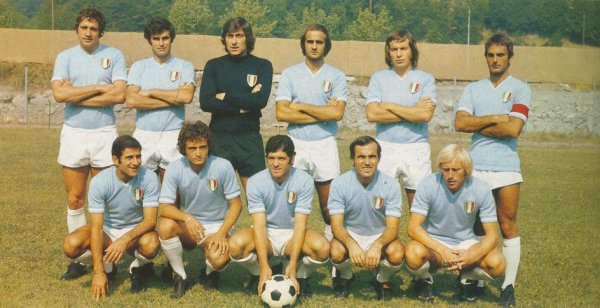 On this day in 1900, Serie A giants SS Lazio were formed by nine sports enthusiasts in Rome.

The nine youngsters used to spend their summers swimming and canoeing in the River Tiber before concentrating on track and field sports during the winters. On one such winter, Rome hosted a marathon run which required athletes to run under the patronage of a club or company.  The future founders decided to form their own athletics club and named it Societa Podistica Lazio or Lazio Athletics Club.

The club chose the colours blue and white as a homage to ancient Greece, the birthplace of the Olympics. As Lazio were a mixed sports club, this seemed like a fitting tribute. As for the heraldry, the club badge featured an eagle – a symbol for the Roman legions – and vertical blue and white lines representing the Greek flag.

Football was introduced a year later by a man named Bruto Seghettini who was a player for the French outfit Racing Club Paris. Lazio’s first ever game of football came against fellow Roman club Virtus in 1902. Played at Piazza d’Armi, they won 3-0 thanks to a hat-trick from Sante Ancherani.

Fast forward to 1927, Lazio were the only Roman club that resisted the fascist regime’s attempt to merge all the clubs in the city to form what would eventually become AS Roma. This was made possible courtesy of an army general named Giorgio Vaccaro who was coincidentally, a big fan of the club and had a high standing in the sporting landscape of the country. I Biancocelesti made their Serie A debut in its inaugural season in 1929 and beat Bologna 3-0 in their opening match.

Lazio had to wait until 1974 to win their first Scudetto. And now, over a hundred years on since their founding, the club continues to be a major force in Italian football.

Pictured above is Lazio’s league winning team from the 1973-74 season.