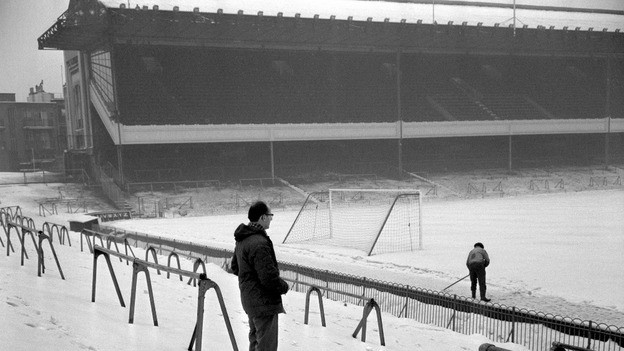 On this day in 1963, the longest recorded round of the FA kicked off as freezing temperatures meant that only three out of the 32 Third Round ties could be played on the day with the last one being decided on 11 March.

It was the coldest winter to hit Britain since 1895 and took a severe toll on the sporting calendar. Several of the FA Cup ties had to be rescheduled ten or more times. Fourth Division club Lincoln’s tie against Coventry had to be postponed for an astonishing 15 times. The temperatures were so painfully chilly, the British media nicknamed the whole winter as the ‘Big Freeze’. Things at Bolton Wanderers were particularly worse as the club did not play a single fixture between 8 December, 1962 and 16, February 1963.

Only three matches could be played on that dreaded Saturday – West Bromwich Albion’s 5-1 win at Plymouth, Sunderland’s 4-1 win at Preston North End and Tranmere Rovers’ 2-2 draw with Chelsea.

Birmingham City’s tie against Bury included 14 postponements, a replay and a match that had to be abandoned midway before Bury finally clinched a 2-0 victory on 7 March. The Third Round came to its conclusion when Middlesbrough beat Blackburn Rovers in a replay on 11 March.

The Football League had to be extended as well with the final round of the league fixtures commencing only a day before the final of the FA Cup.