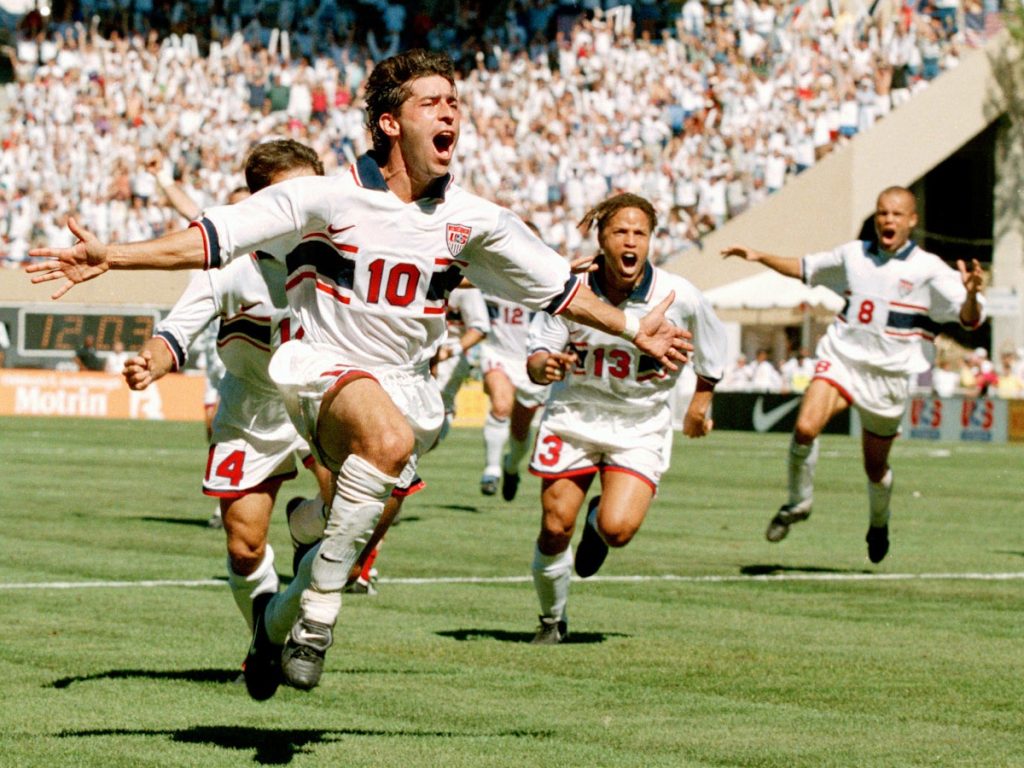 On this day in 1995, Tab Ramos became the first player to sign with Major League Soccer.

Born in Montevideo, Uruguay, Ramos immigrated to the United States of America when he was 11. Ramos’ father was once a professional footballer with Club Atletico River Plate back in his home country. A prodigious talent since he was a kid, Ramos led his high school team to win the New jersey state championship in 1983.

The following year, the New York Cosmos of the North American Soccer League drafted him as their 10th pick but Ramos chose to attend the North Carolina State University instead where he played National Collegiate Athletic Association or NCAA soccer for four years. He took a brief break from college to play at the 1988 Summer Olympics before signing an exclusive contract with the United States Soccer Federation to represent the US national team in preparation for the 1990 FIFA World Cup.

Following the end of the World Cup, Ramos was loaned out to Spain where he played for second division club Figueres. Former Barcelona manager, the late Tito Vilanova, was one of Ramos teammates. The US international would score 5 goals in 38 games that season. Figueres bought out Ramos’ contract from the USSF but would eventually sell him to fellow second division club Real Betis in 1992. Betis won promotion to La Liga after clinching the Segunda title in 1994 but Ramos could not feature in a single La Liga game as he remained sidelined with a skull fracture.

The same year, Ramos was handed the CONCACAF Player of the Year award. The MLS made him their first purchase despite the league not being ready to play yet. Therefore, he was loaned to Mexico for a year before returning to the States to represent the MetroStars in the MLS’s inaugural season. He played eight seasons for the club before retiring in 2002.