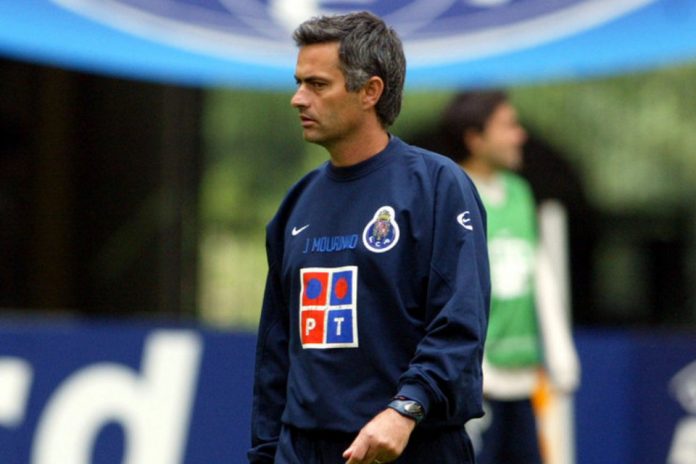 On this day in 2002, Jose Mourinho was announced as the manager of FC Porto.

The shrewd Portuguese tactician had previously managed Benfica and Uniao de Leiria but it was at Porto where he truly established himself as one of the best managers on the planet. His first match came against Maritimo on 26 January which he won 2-1, before guiding Porto from fifth to third on the table at the end of the season.

Mourinho’s first full season in charge of Porto came in the 2002-03 campaign where he delivered on his promises and lifted the league and UEFA Cup trophies at the end of the season. Further success followed in the next year as Porto won their second league title in a row and lifted the UEFA Champions League trophy by beating AS Monaco in the final.

This attracted the interest of several big clubs in Europe, including Chelsea, who brought him to Stamford Bridge where his impressive run continued and the Blues won two consecutive Premier League titles in his first two seasons in English football.

Mourinho has since then managed Inter Milan and Real Madrid before joining Manchester United in the summer of 2016.

On this day in 1926, Manchester City humiliated rivals Manchester United at Old Trafford by hammering them 6-1 in a First Division fixture.

United were back in the top flight and were fourth on the table while City languished at 19th. The reverse fixture at Maine Road ended in a 1-1 draw. The contrasting fortunes gave United plenty of hope to beat their rivals at home. Instead, it was a match to forget for the boys in red.

Sam Austin and Frank Roberts each scored a brace while Tommy Johnson and George Hicks added one each to bring City’s total to six goals. United’s only goal of the match came from Charlie Rennox.

City repeated the score line decades later in 2011 when a Premier League tie at Old Trafford saw them win 6-1 against a hapless Sir Alex Ferguson side.