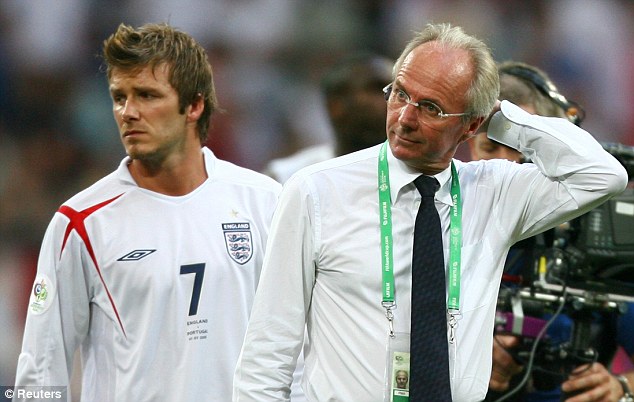 On this day in 1980, Middlesbrough’s Ayresome Park ground suffered a tragedy as a portion of the stadium collapsed killing two fans.

Boro were entertaining Manchester United at home which ended in a 1-1 draw. Season ticket holders Norman and Irene Roxby were making their way out of the stadium upon the completion of the game when a pillar crumbled, crushing the pair with debris. An investigation later revealed that the stadium’s health and safety certificates were not up to date.

This was the beginning of a growing trend of stadium disasters in the 80s. The Taylor Report following the Hillsborough Disaster ordered the removal of standing sections at grounds which ultimately doomed Ayresome Park. Boro moved to their new home – the Riverside Stadium – in 1995.

On this day in 2001, Swedish manager Sven-Goran Eriksson officially took over the England national team job.

In doing so, the former Lazio boss became the first foreign manager in the history of the Three Lions. The Football Association had a deal agreed with the Swede to join the England camp in the summer of 2001 but Eriksson decided to end his tenure at Lazio early and gave his resignation in January.

Eriksson’s time with the Three Lions lasted until 2006 as his contract was terminated after the 2006 FIFA World Cup in Germany.

On this day in 2013, Stoke City lost their first home game of the season thanks in part to a nightmare performance from Jonathan Walters.

The Potters were on a 17-game unbeaten run at home in the Premier League when Chelsea came calling. The Irishman put Chelsea ahead just before half-time when he headed in an own goal from a Cesar Azpilicueta cross. He repeated the offence again from a Juan Mata cross.

Frank Lampard converted a penalty after Mata was fouled to make it 3-0 to Chelsea. Eden hazard then completed a rout with a fantastic goal from 30-yards out. Walters was not done yet, however. John Terry came off the bench and made his first appearance in two months for Chelsea. The former England captain made an error in judgement and fouled Walters inside the box for the referee to point to the spot. Walters himself took hold of the ball and proceeded to take the penalty which he smashed against the bar.

Chelsea won 4-0 and Jon Walters had a night to forget.