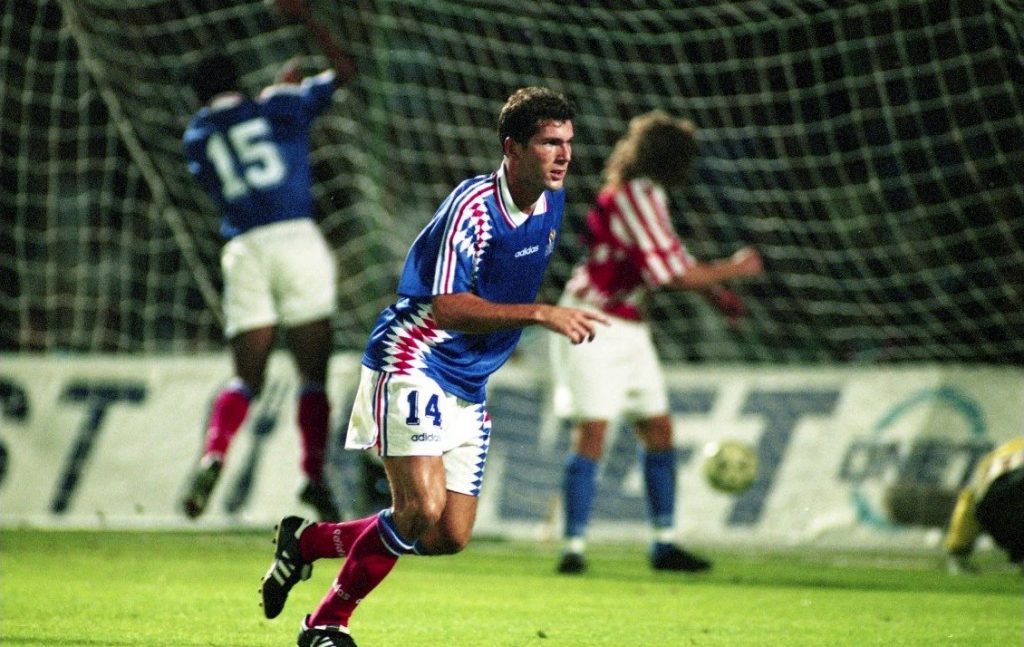 23 Years to this day, Zinedine Zidane made his debut for the French national team.

The then 22 year-old was already turning heads in Ligue 1 with his performances for Bordeaux but despite being a regular for both club and the French Under-21 side, Zidane failed to earn a senior cap. As fate would have it, the events leading up to his first senior match came as a fortuitous stroke of serendipity for him personally.

France had failed to qualify for the 1994 FIFA World Cup and Aime Jacquet was appointed to kick start Le Bleus’ resurgence. Jacquet was determined to revamp the failing squad by adding fresh blood to its ranks. And thus came Zidane’s opportunity to show what he was capable of.

The date was August 17, 1994 and France hosted the Czech Republic in a friendly in Bordeaux. Jacquet’s side were 2-0 down at half-time prompting him to make much needed changes before play ensued. Zidane came on for the Auxerre midfielder Corentin Martins and single-handedly turned the game around.

Receiving the ball from deep in the 85th minute, Zizou beat one defender with a simple touch of his left foot, dodged another Czech defender and then unleashed a thunderbolt that ended in the back of the net.

Two minutes later he added another, this time through a towering header from a difficult angle. The game ended 2-2, saving France’s blushes and announcing  Zidane to the world stage.

Liverpool make their mark in Europe

The year was 1964 and Liverpool were about to embark upon a cross continental journey to play their first ever European game in the preliminary round of the European Cup. In an era where footballers did not enjoy the luxury of club sponsored chartered aircrafts, the Reds had to undergo an enervating expedition to reach Iceland where they were scheduled to play Knattspyrnufélag Reykjavíkur or KR Reykjavik.

After boarding a plane at Speke Airport, Liverpool flew to London, then Glasgow, before taking off for the Icelandic capital. But they journey was not as exhaustive as they feared and Liverpool hammered their opponents 5-0.

On this day in 1996, David Beckham scored the famous goal against Wimbledon from half-way line at Selhurst Park. Manchester United were leading by two goals when Becks received the ball inside his own half. He noticed Wimbledon keeper Neil Sullivan out of his line, took a few steps with the ball then launched it towards goal. The ball ended up at the back of the net and the world took notice of this young star in the making.