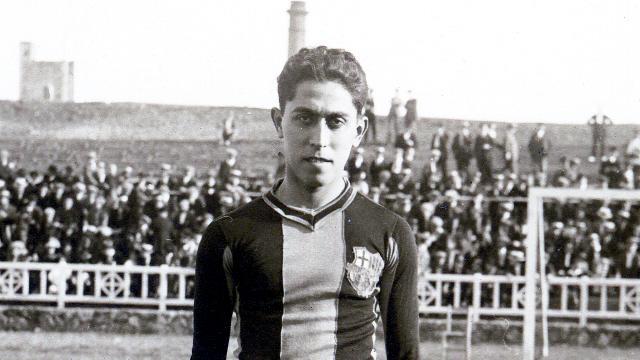 On this day in 1967, an FA Amateur Cup tie was hit with tragedy as a bolt of lightning struck the pitch resulting in the death of a player.

West Midlands club Highgate United were playing Enfield in the fourth round and were a goal down early in the game. Disaster struck in the 28th minute when a lightning strike gravely injured Highgate centre back Tony Allden. The 23-year-old was rushed to the hospital where he died the next day, succumbing to his injuries.

A rematch was scheduled at Villa Park which Enfield won 6-0 in front of 30,000 fans. Proceeds from the game went to the family of the recently married Mr Allden. Highgate have since then named a stand in the memory of their former player.

On this day in 1912, Paulino Alcantara set not one but three different club records for Barcelona on his debut.

Born in the Philippines to a Spanish father and a native mother, Alcantara moved to Barcelona with his family when he was three years old. He began his footballing career with FC Galeno and was soon spotted by Joan Gamper. Alcantara joined Barca’s famed youth system where his prodigious talent with the ball earned him a first team call at the tender age of 15 years, four months and 18 days.

He became the youngest ever debutant for the Catalans when he played the Catalan Championshiip fixture against Catala SC. Barca won the game 9-0 with Alcantara scoring a fantastic hat-trick.

The three records: Youngest ever debutant, youngest ever scorer and youngest player in the club’s history to net a hat-trick.

Alcantara’s incredibly prolific run in front of goal saw him score a club record of 369 goals in 357 matches for the club, winning five Spanish Championships and ten Catalan Championships. The scoring record has since then been broken by Lionel Messi.