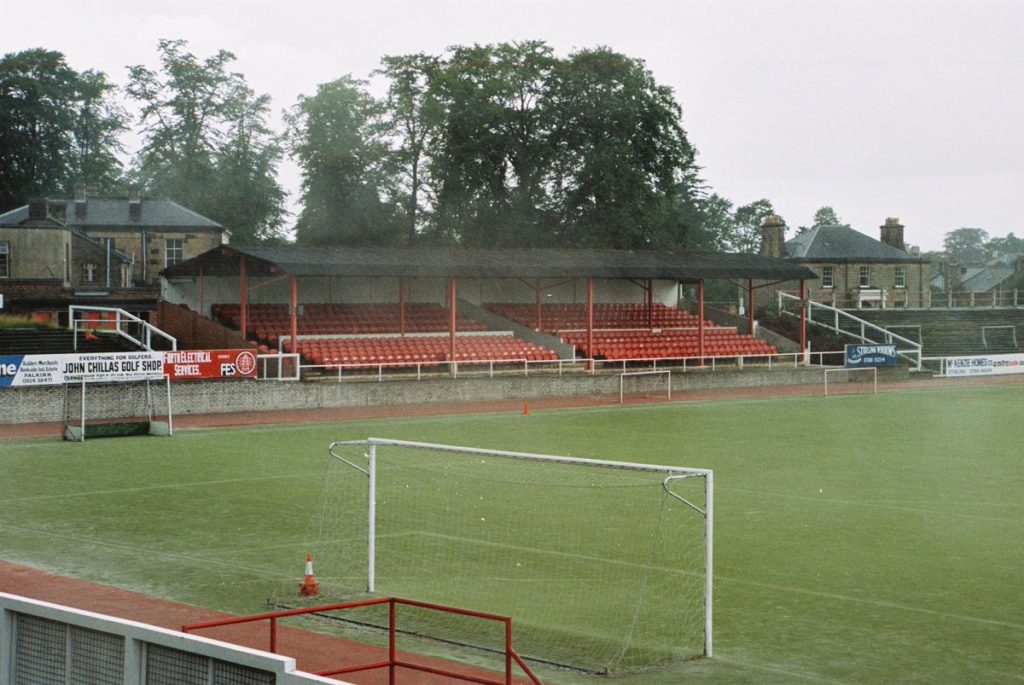 On this day in 1984, Stirling Albion beat Selkirk 20-0 in the first round of the Scottish Cup to set a British record.

Eight Stirling players got on the score sheet as 371 fans watched the game at Annfield. The half-time score read 15-0 so it is a miracle that the second half produced just five goals. Dave Thompson ended up with the highest goals in the match with seven.

“Selkirk were totally unknown to us. I just remember them being really up for the game – they came out all motivated,” said Willie Irvine who scored five.

“It’s just one of these strange things that happened, it’s almost unrepeatable to be honest with you, really unrepeatable.”

Stirling were coached by former Dundee United and Aberdeen boss Alex Smith. Thompson later reflected that Smith had warned the players that there was not to be any slip ups. Stirling were knocked out of the Scottish Cup by then non-leaguers Inverness in the previous year.

“The year before, the club had been knocked out by Inverness – a non-league team at the time,” recalled Thompson. “So the message from Smithy was very clearly ‘don’t let that happen again’,” said Thompson.

“We were up for the game but it took us 20 or 30 minutes to assess the opposition, because we only scored five in the first-half.

“The rest came in the second half when they started to play offside on the halfway line and we were running through in droves!”