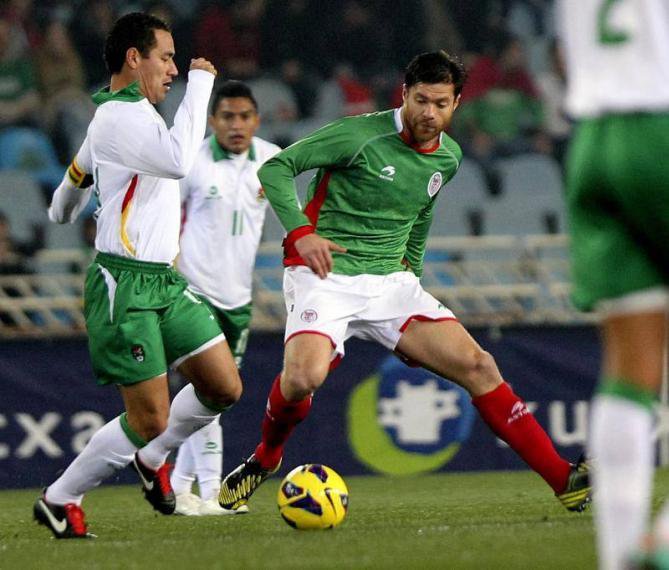 On this day in 2001, former Liverpool and Real Madrid midfielder Xabi Alonso made his international debut but it was not for Spain.

Born in Gipuzkoa in Basque Country, the then 20-year-old Real Sociedad midfielder was called up to the Basque national team by manager Jose Angel Iribar for a friendly against Ghana. Alonso had made a solitary appearance for the Spanish Under-18s in the previous year.

Basque Country hosted Ghana at the Estadio San Mames in Bilbao as Alonso was named among the substitutes. The visitors took an early lead through Derek Boateng in the 13th minute. The score remained 1-0 to Ghana as the two sides went into the half time interval.

Alonso and a few other players made their entrances at the beginning of the second half which turned the tide in favour of the home side. Jon Perez equalised almost immediately after the restart before Oscar de Paula scored a brace to establish a 3-1 lead. Ghana’s Alex Takyi-Mensah pulled one goal back in the 70th minute but the Basque players held out for a 3-2 win at the end of 90 minutes.

Alonso made four more appearances for Basque Country. His last appearance, coincidentally, also came on 29 December in a 6-1 drubbing of Bolivia.