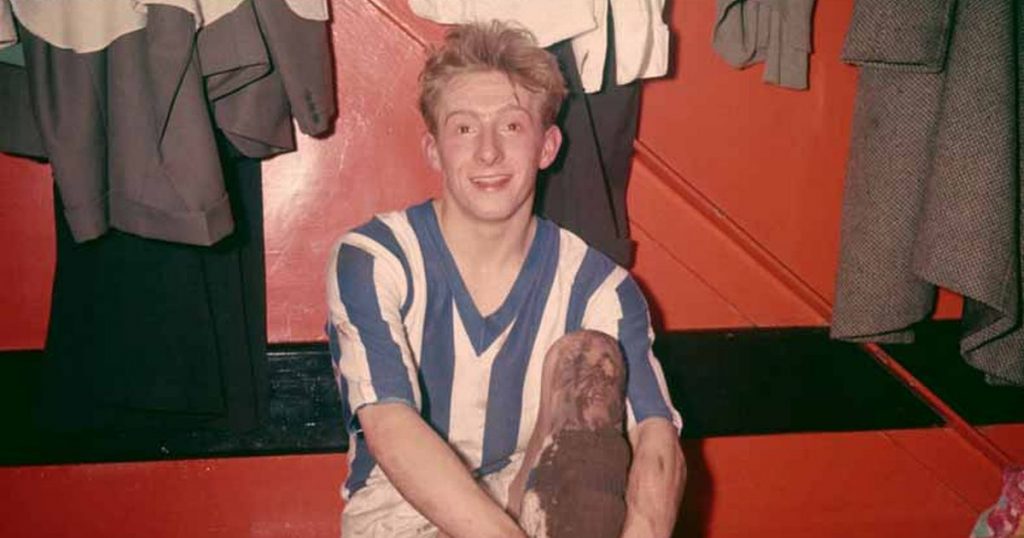 On this day in 1898, Scottish club Rangers beat Hibernian 10-0 at Ibrox in a league tie. This still remains a club record for both teams – a record league win for Rangers and a record loss for Hibs.

Table topping Rangers were on a 14 game winning streak while Hibs were in second place and had lost to the Glaswegians 4-3 in the previous month. Rangers were in scintillating form having beaten Clyde and Dundee 8-0 and 7-0, respectively, that season. The Light Blues were in equally unforgiving mood at Ibrox as Hibs were dismembered limb from limb in a 10-0 rout.

Following this victory, the Ibrox side won their three remaining games to record an incredible 18 wins from 18 matches. Hibs finished the season ten points behind at second.

On this day in 1956, a 16-year-old Denis law made his debut for Huddersfield Town in the 2-1 win over Notts County in the old Second Division.

Born in Aberdeen, Law was spotted by Huddersfield scout Archie Beattie when he was just 14 and was invited for a trial. However, manager Andy Beattie was not so impressed.  “The boy’s a freak. Never did I see a less likely football prospect – weak, puny and bespectacled,” he said.

Despite the staggering condescension, Law signed for the club in 1955. The young Scotsman impressed under new manager Bill Shankly and attracted the attention of some of the biggest clubs in the country, including Manchester United. Matt Busby offered the substantial sum of £10,000 for the teenage Law but the Terriers turned the offer down.

Busby would eventually get his man in 1962 and Law would end up as a club legend 11 years later.