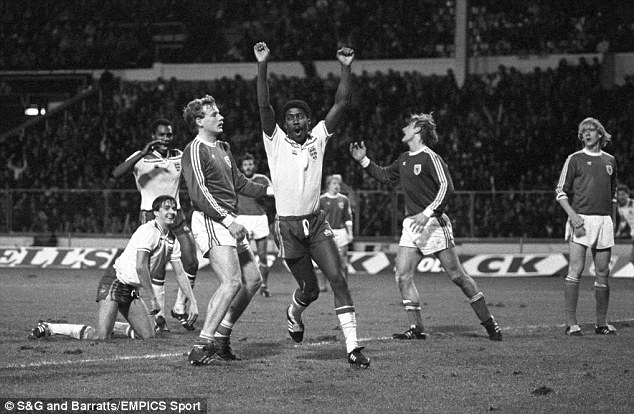 Played at Wembley, the hammering began early when Luxembourg’s Marcel Bossi put the ball in his own net. Thre more goals from Steve Coppell, Tony Woodcock and Luther Blissett made it 4-0 to England by half-time. The second half was even more brutal as Blissett added two more, and Mark Chamberlain, Glen Hoddle and Phil Neal all got on the score sheet to end the game at 9-0.

Including Bossi, the Three Lions had seven different scorers on the pitch which is a record in itself. Despite the emphatic victory, England failed to qualify for the European Championship as they finished behind Denmark in the final standings.

Bosman gets the green light

On this day in 1995, the European Court of Justice passed a ruling which allowed players to move freely in Europe at the end of their contracts, changing football forever.

It all came to fruition courtesy of a Belgian footballer called Jean-Marc Bosman. The then 25-year-old Bosman was playing for RFC Liege. Although out of contract, Liege refused to allow Bosman to move to French second division side Dunkerque who offered the player a better contract. The Belgian side demanded a very unreasonable fee from Dunkerque, far out of their reach. Therefore, Bosman took Liege, the Belgian FA and UEFA to the European Court of Justice.

After a long hearing, the court passed a ruling that allowed an out of contract player to join a different club without a transfer fee.

“Once the European Court of Justice ruled that clubs no longer had to pay transfer fees after the expiration of a player’s contract, all hell broke loose. Suddenly it was a free-for-all,” wrote Sir Alex Ferguson in his book Leading.