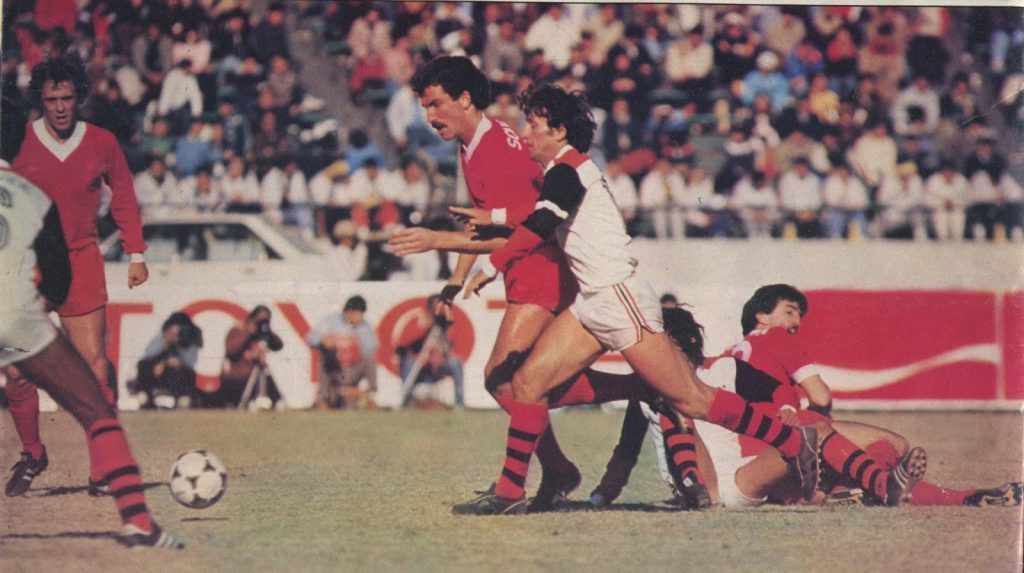 On this day in 1981, Brazilian club Flamengo thrashed Liverpool 3-0 to lift the Intercontinental Cup.

This was Liverpool’s first appearance in the fixture after declining it twice in 1978 and again in 1979. The Reds finally decided to give it a shot in 1981 as the holders of the European Cup. Bob Paisley’s men had beaten Real Madrid 1-0 in the final at Parc des Princes in Paris earlier that year. Meanwhile, Flamengo entered the competition as holders of the Copa Libertadores. The Brazilians had beaten Chilean club Cobreloa in a play-off.

Played in front of 62,000 fans at Tokyo’s National Stadium, Flamengo were on the front foot from the first minute. Captain and superstar Zico had a showcase game, contributing to all three of Flamengo’s goals in the match. His lofted ball over Liverpool’s defence in the 12th minute found Nunes who slotted home the opener. His free kick in the 34th minute was dispatched by Adilio. His third and final assist came in the 41st minute as a pinpoint pass found Nunes who completed his brace.

All three of the goals came in the first half. Despite boasting players like Kenny Dalglish, Craig Johnston and Graeme Souness, Liverpool failed to penetrate Flamengo’s defence in the second half and the game ended at 3-0.