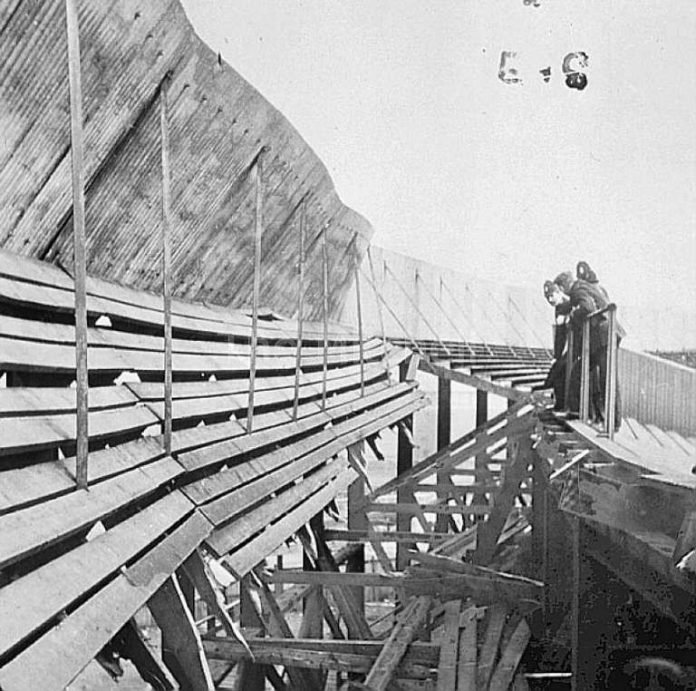 On this day in 1902, a stand at Rangers’ Ibrox Stadium collapsed during a game between Scotland and England resulting in the deaths of 25 supporters.

Around 80,000 fans were present inside the stadium to witness the 1901-02 British Home Championship fixture between the two countries. Scotland were top of the table and required only a draw to clinch the title while England were in need of a victory.

Tragedy struck during the game when the West Tribune Stand collapsed due to heavy rainfall the previous night. Hundreds of supporters fell to the ground from 40 feet (12 metres) which resulted in 25 casualties while the number of injured fans exceeded 500.

Remarkably, the match was halted for just 20 minutes before resuming with Sandy Brown and Jimmy Settle scoring for Scotland and England respectively. The 1-1 draw would have given Scotland the Championship but the Football Associations of both countries declared the result as void and scheduled a replay.

The decider was played at Villa Park and all the proceeds from the game went to the disaster fund.

Bobby Templeton and Ronald Orr scored the goals for Scotland in the first half to establish a 2-0 lead at half-time. However, the Three Lions responded with two quick-fire goals from Settle and Albert Wilkes to earn a draw.

The draw placed Scotland at the top of the table and thus giving them another Championship win.