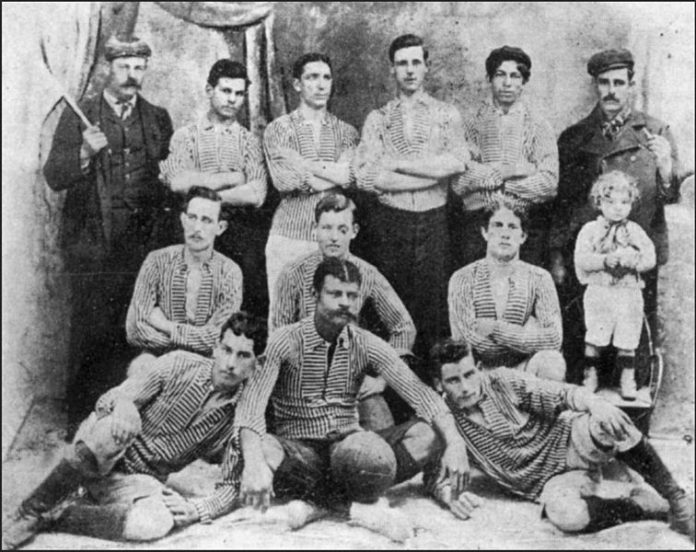 On this day in 1905, Argentinean heavyweights Boca Juniors were founded in Buenos Aires.

Esteban Baglietto, Juan Farenga, Teodoro Farenga, Santiago Sana, and Alfredo Scarpati, Italian immigrants and avid football fans, held a meeting to establish a football club. Sana, Baglietto and Scarpati had learned football from an Irishman called Patrick McCarthy who as an appointed member of the sports municipal committee of Buenos Aires had taught immigrant children the finer techniques of the sport.

Boca’s original kit featured a white shirt with thin black stripes. There was another club that wore a similar kit. The two teams played a match to decide which club would get to keep the black and white jerseys. Boca lost and had to search for new colours.

Juan Brichetto, a port worker and the club’s former president suggested to adopt the colours of the flag of the first ship that would sail into port. The first ship featured the flag of Sweden and thus Boca made new kits that were blue and yellow.

The club has since then gone on to become one of the most successful teams in Argentine football.

On this day in 1993, Sheffield United and Sheffield Wednesday contested the FA Cup semi-final at Wembley.

A crowd in excess of 75,000 watched as Wednesday beat their fiercest rivals 2-1 to book a final with Arsenal. Coincidentally Arsenal and Wednesday also played the League Cup final in the 1992/93 season. The Gunners won both the ties.