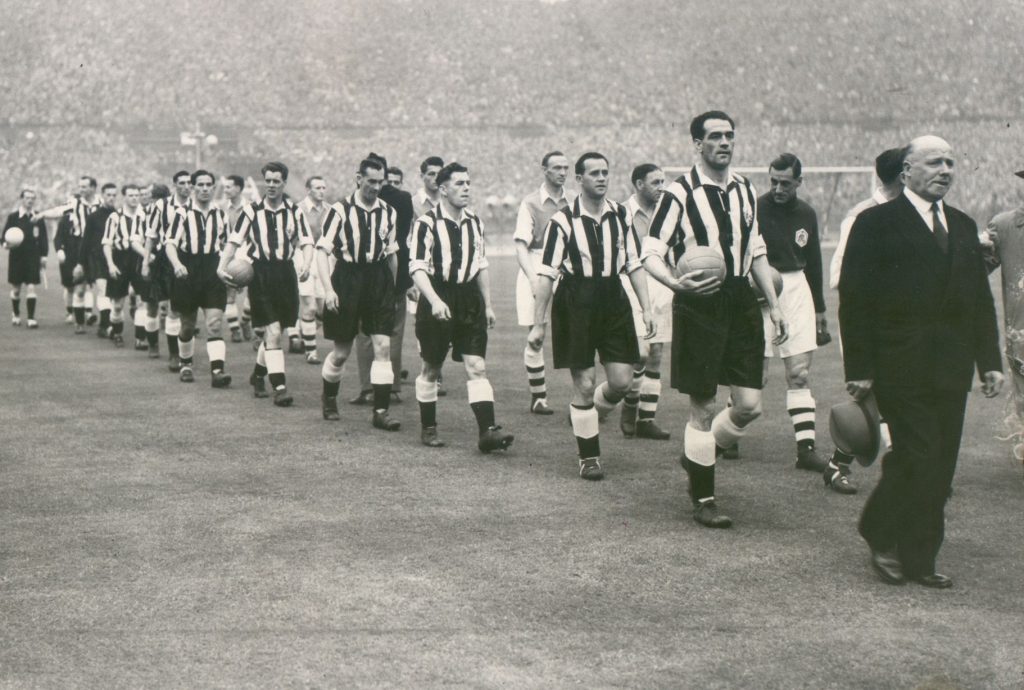 On this day in 1952, Newcastle United beat Arsenal in the final to win the FA Cup for the second year running.

Newcastle had beaten Blackpool in the 1951 final to win their fourth FA Cup title. Arsenal were crowned champions in 1950 by beating Liverpool in the final.

The Magpies had gotten the better of Arsenal in the league that season by winning one and drawing the other fixture. Played in front of a 100,000 fans at Wembley, the game took a sad turn in the 35th minute after Gunners right back Wally Barnes was forced to go off the pitch with a knee injury. With the concept of substitutions still alien, Arsenal had to play the rest of the game with ten men.

Things turned from bad to worse for Arsenal after three of their remaining ten players picked up injuries. Don Roper, Cliff Holton and Ray Daniel all had knocks but carried on playing.

Newcastle took advantage of their numerical & physical superiority by taking the lead in the 84th minute through George Robledo. It proved to be the winning goal as the Magpies picked up their second consecutive and fifth overall FA Cup trophy.