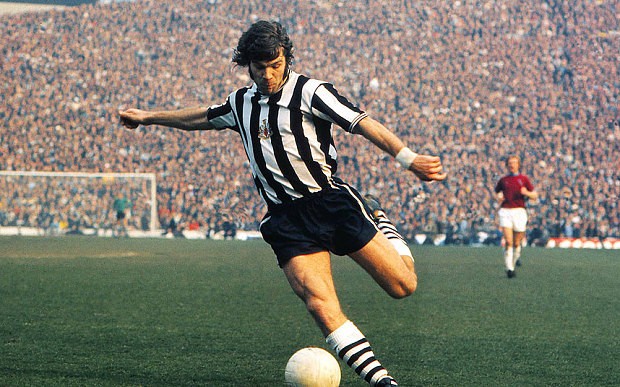 On this day in 1975, England beat Cyprus 5-0 is a Euro qualifier with Newcastle United forward Malcolm MacDonald scoring all five goals.

Played in front of 68,245 fans at Wembley, MacDonald took only two minutes to put the Three Lions ahead and scored another in the 35th minute to establish a 2-0 lead at half time. A second half hat-trick brought both England and MacDonald’s tally to five. Four of the five goals were headers.

This was one of MacDonald’s 14 appearances for the English national team. The Magpies star scored only one other international goal, in a 2-0 win over West Germany.

England lost to Czechoslovakia and drew a game against Portugal to finish second in their qualifying group and therefore missed out on the 1976 European Championship held in Yugoslavia.

On this day in 1905, Liverpool won their second First Division title.

In doing so, the Reds made history as it was the first time that a newly promoted side had won the top flight title. Their first league success in 1901 was followed by relegation three seasons later.

But the Merseysiders made a stunning return to life in the top flight and wrapped up the league thanks to a Preston North End defeat at Sunderland.