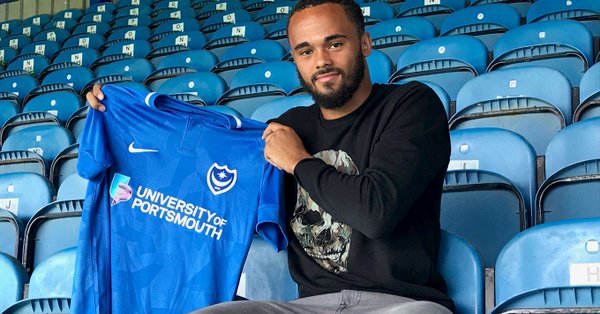 Tottenham confirmed on Wednesday that they had agreed a deal with League One side Portsmouth for defender Anton Walkes and supporters are absolutely fuming with the news. Many are frustrated that a promising right-back has departed White Hart Lane, while others are annoyed to be helping Portsmouth complete their transfer business when they’ve done none themselves.

FFS. This club of ours is now officially a shambles. I wish @AntonWalkes every success for the future. Spurs now need to swell the ranks not deplete them further

What a window this has been. Pool address their weaknesses while we address Portsmouth’s.

Walkes rose from the youth ranks to the fringes of the Tottenham first-team, making four appearances for the u18s, five for the u19s and 39 for the u23s. The 21-year-old couldn’t dethrone Kyle Walker in the past before he left for Manchester City or Kieron Trippier and Serge Aurier last season.

Due to his lack of first-team football, the Englishman was sent out on loan to Atlanta United in 2016/17 (making 23 appearances) and Portsmouth in 2017/18 (making 12 appearances). His form for Pompey clearly left a lasting impression as they’ve sought to make the loan deal permanent this summer.

Walkes made just one appearance in the Tottenham first-team during his time with the Londoners, turning out against Gillingham in the League Cup on September 21, 2016, so fans can’t argue he’s a gem whose departure will be a big blow to Tottenham. The source of their frustration is more to do with the lack of signings being made this summer.