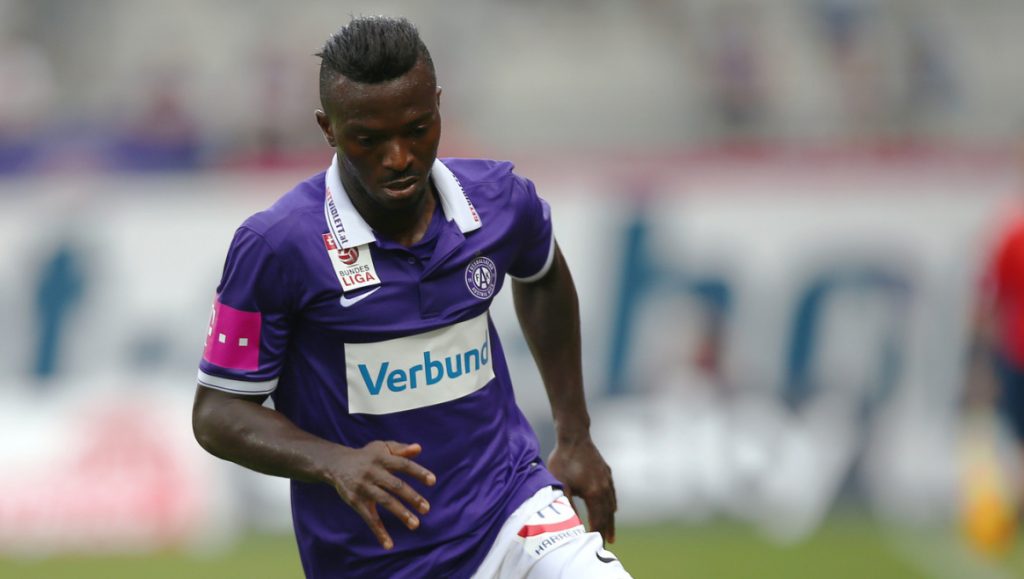 Shakhtar Donetsk have confirmed the signing of Manchester City striker Olarenwaju Kayode on loan until the end of the season.

The 2016/17 Austrian League top scorer and other facts about the newcomer Olarenwaju Kayode ⬇https://t.co/SEKhJno4ac pic.twitter.com/H685wUobqe

After a failed spell with Girona, the Nigerian international opted for the Ukraine and could sign a permanent deal if all goes well at the Donbass Arena.

“It’s an exciting move for me and I feel good about this. This is a massive club and the objectives are clear. I thank God and everyone involved,” Kayode told BBC Sport.

The 24-year-old looked on course to join French Ligue 1 side Amiens before the winter transfer window closed, but the deal broke down due to ‘administrative reasons’, reports Goal.

While contracted with City until 2021, Kayode has a tough task to force his way into the Sky Blues’ attack, given Sergio Aguero and Gabriel Jesus are his direct competition. His failure to score during his loan spell with Girona did him no favours either.