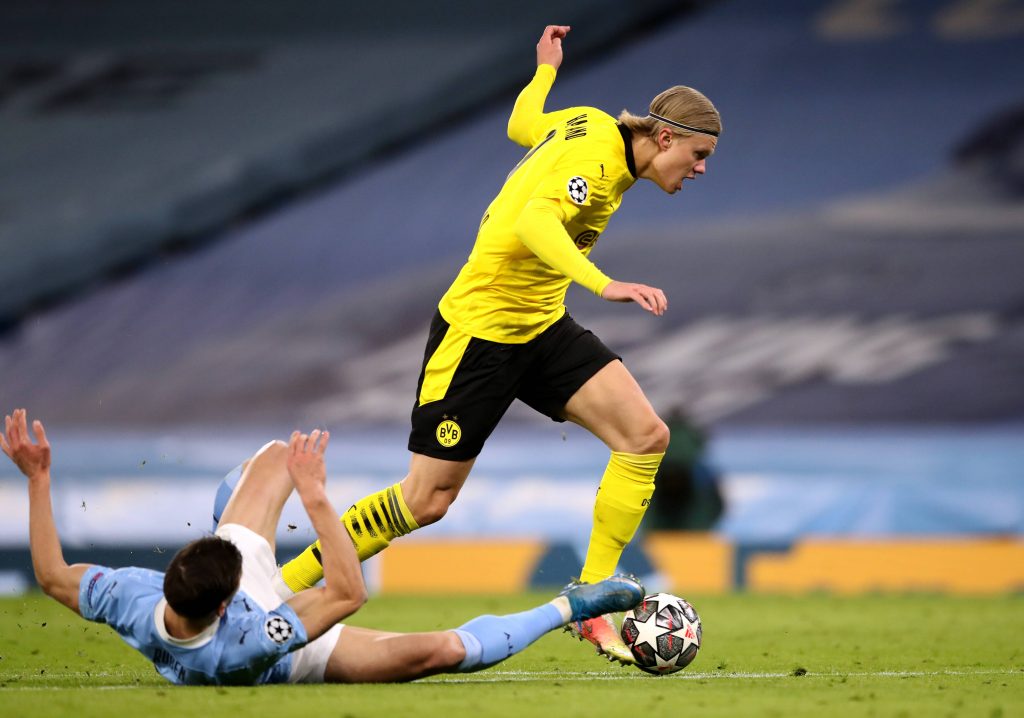 Haaland’s meteoric rise in football has caught everyone by surprise, with the Norweigian improving at an incredible rate over the past 24 months.

The 20-year-old has scored 33 goals in 33 appearances across all competitions for Dortmund this season, with 10 of those coming in the Champions League.

As a result of his performances, many clubs are being linked with a move for Haaland.

The player and agent Mino Raiola recently took a public trip to see potential suitors, including Barcelona and Real Madrid.

However, one club that former Tottenham man Jamie O’Hara can not see signing Haaland is Manchester United.

“They can’t get Haaland,” O’Hara explained on talkSPORT.

“I’m sorry, but they’re not good enough. Why would he go to Man United?

“It’s alright needing him, but you’ve got Real Madrid, Barcelona, Manchester City all after him.

“Haaland’s not going to Manchester United where it will be ‘we might win something, we might not’.

“He’s going somewhere where he is winning everything.”

SL View – Would Manchester United be able to attract Haaland?

While O’Hara does have a point that clubs with easier routes to trophies are available to Haaland, it must not be understated how much of a sway United still have.

It has been proven repeatedly that the Red Devils can attract top talent, despite their struggles for top-tier silverware in recent years.

Another factor that could also play into United’s hands is the relationship that manager Ole Gunnar Solskjaer has with Haaland.

The Norweigian pair were at Molde together, and Solskjaer recently admitted that he still keeps in touch with his former player.

That relationship could be key in negotiations, though it is yet to be seen whether that and United’s stature would be enough to sway Haaland.