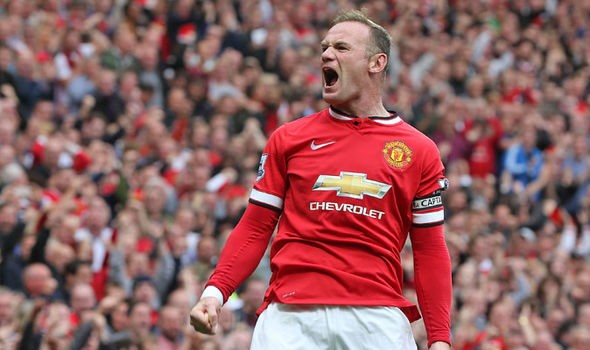 Wayne Rooney has completed his return to Everton to end his trophy-laden 13-year spell at Manchester United.

Rooney left Everton in 2004 in £26.5 million transfer deal before winning five Premier League titles, one FA Cup, one Champions League trophy and one Europa League title, which he lifted as the club captain in his last ever appearance as a Red Devil.

Upon returning to the Goodison Park, the versatile English striker told Everton’s official website: “(Winning trophies with Everton) would be the pinnacle. I really feel now the Club is moving in the right direction, bringing the right calibre of players in. I want to be part of it and hopefully part of a successful Everton team.

Excited to be back at @Everton. Can't wait to meet up with @RonaldKoeman and the lads! #EFC 🔵 pic.twitter.com/0CjD0i1aXg

“I’m excited, and I’m excited by the signings that the Club have made. This club is moving forward. This football club should be winning trophies and we’re taking huge steps to being involved and trying to win trophies.

Rooney, who has signed a two-year-contract to rejoin the Toffees, managed to secure just 15 league starts last season under Jose Mourinho and was heavily linked with a move to the MLS and China as well.

Thank you, Wayne, from all of us. pic.twitter.com/34NErAvscX

Ronald Koeman said of Rooney’s arrival: “Wayne has shown me that ambition that we need and that winning mentality – he knows how to win titles and I’m really happy he’s decided to come home

“He loves Everton and he was desperate to come back. He is still only 31 and I don’t have any doubts about his qualities. It’s fantastic he’s here.”

Rooney rejoins the Merseyside club on a free transfer which will be followed by Belgian striker Romelu Lukaku heading into the other direction after the two clubs agreed a reported £75 million transfer fee on Saturday.