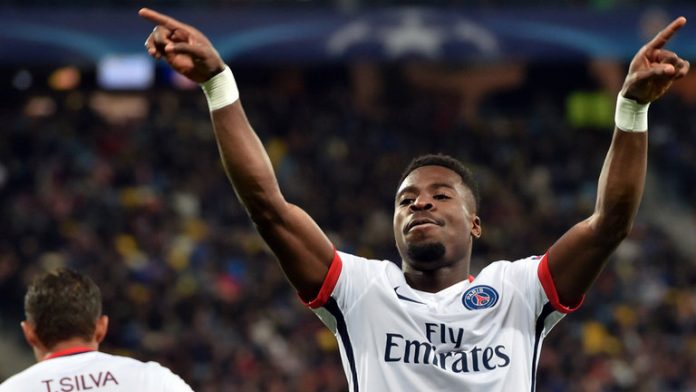 Tottenham have announced the signing of Serge Aurier from Paris Saint-Germain in a reported £23 million transfer deal.

The Ivory Coast International has signed a five-year contract to join the Premier League giants and will wear the No 24 shirt.

After sealing his transfer to the North London club, Aurier said: “This is a huge and exciting opportunity at a massive football club and I am determined to prove myself as a professional both on and off the pitch.

“This is a fresh start for me and I will do everything to make the Spurs fanbase, which is huge and diverse, proud of me. The fans are the most important people at any club and I am looking forward to showing them and everyone at Spurs the real Serge Aurier.”

🗣️ @Serge_aurier: "This is a huge and exciting opportunity at a massive football club and I am determined to prove myself" #WelcomeAurier pic.twitter.com/eo1qZsS2xD

Aurier, who also reportedly attracted interest from Manchester United and Chelsea, joined PSG from Toulouse in 2014 and has since won two French titles and two French cups. The 24-year-old is seen as a direct replacement to Kyle Walker, who joined fellow Premier League side Manchester City earlier this summer in a mega-money £50 million transfer deal.