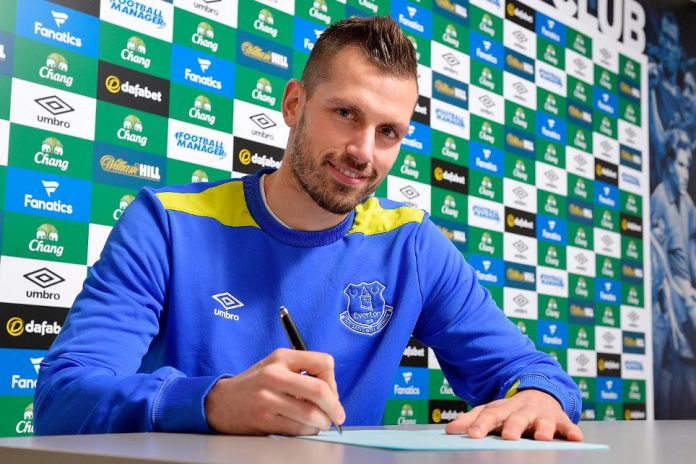 Everton completed the most expensive deal of the January transfer window to date on Thursday. Midfielder Morgan Schneiderlin has moved from Manchester United for an initial fee of £20 million, rising to £24 million.

The move has been on the cards since the New Year, with Everton winning the race with West Brom to secure his signature. The move reunites Schneiderlin with his former manager Ronald Koeman, who was in charge during the final year of the midfielder’s successful spell at Southampton.

The 27-year-old France international represents something of a coup for the Toffees, having joined United in a big-money deal just one-and-a-half years ago. Schneiderlin’s Old Trafford career never really took off, and he has found himself surplus to requirements this season under Jose Mourinho. He has featured for just 11 minutes so far this term in the Premier League.

Schneiderlin told Everton fans that he is looking forward to helping the club fulfil their lofty ambitions.

“Everton is a big club in the history of English football. I’ve always loved the atmosphere in the stadium. I’ve always liked playing here. I can’t wait to play and to represent this great club.

“There is a manager in place here that I know, and I know he can get the best out of me. I know his style and how he likes to play football.

“He was very good for me and, obviously, he was a massive player in his playing days and you can only learn from the best. At Southampton he gave me some great advice to keep improving every day and it was a pleasure to work with him.

“We spoke since the time I knew Everton would be interested. I know his ambition and why he came here. He believes in this and I do, too. We are trying to achieve something here and this is what I am here for. I know the fans have big expectations and we’ll do everything to make them come true.”

Delighted to join @everton I will give my best for you. Looking forward to Sunday already 👊🏼
Let's go toffees 🔵⚪️ pic.twitter.com/lh2VKWGreI

Schneiderlin is an all-action midfielder who is bound to energise the Toffees. According to statistics company Opta, he has made more tackles and interceptions combined (772) than any other Premier League player since August 2012.

After publicly questioning the club’s transfer policy after a 2-1 FA Cup defeat to Leicester City, Koeman is clearly pleased to have secured such a talented player.

“I’m very pleased because I know the qualities of the player, I know him as a person and he’s really desperate to come to Everton – and that’s what we need.

“We want good players but we also want players who really want to show their qualities in front of the fans.

“He’s a strong character, can play in different positions in the midfield, and is also a fast, clever player, and a personality.”