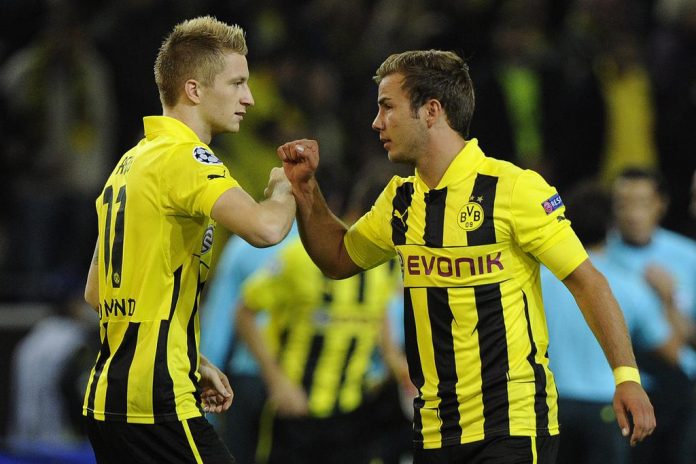 German International Mario Gotze has returned to Borussia Dortmund from rivals Bayern Munich on a four-year deal, both the clubs have announced.

The 24-year-old left the Westfalenstadion arena in 2013 after Bayern triggered his €37 million release clause, to make him one of the first signings of Pep Guardiola at the Bavarian club.

But after failing to establish himself as a regular starter at the Allianz Arena, Gotze has now returned to Dortmund in a deal worth £18.3m (22m euros), plus the add-ons based on the playmaker’s success in his second inning with Dortmund.

OFFICIAL | @MarioGoetze has completed a move to Borussia Dortmund.

All the best, Mario! pic.twitter.com/YTGlXamROR

Following his return to Dortmund, Gotze said: “When I switched from BVB to Bayern in 2013 that was a conscious decision behind [which] I will not hide myself today.

“Three years later, and with 24 years of age, I look with different eyes at my former decision. I can well understand that many fans could not understand my decision. I would not even take it so today.

“When I return to my home, I want to try to convince all people by my performances – especially those who do not receive me with open arms – that my aim is to play my best football again. For all of us, the club and the BVB fans.”

The club’s youth academy product is likely to face a hostile reception on his return to the Westfalenstadion arena, where he won two Bundesliga titles and one German Cup before joining arch-rivals in 2013.

Gotze scored three goals in just 11 league starts last season and was linked with a move away from Allianz Arena all summer with Liverpool and Tottenham also thought to be interested to sign the versatile attacker.

The German International, who scored the 2014 World Cup winning goal, is expected to directly burst into Tomas Tuchel’s starting line-up next season as a direct replacement for new Man Utd signing Henrikh Mkhitaryan.

Dortmund CEO Hans-Joachim Watzke said: “I am personally very pleased that Mario has decided to return to Borussia Dortmund. I have, since his departure in 2013, always hoped that he will one day return to us.”

Gotze is now expected to undergo a medical later this week before reuniting with his Dortmund teammates in the first week of August.