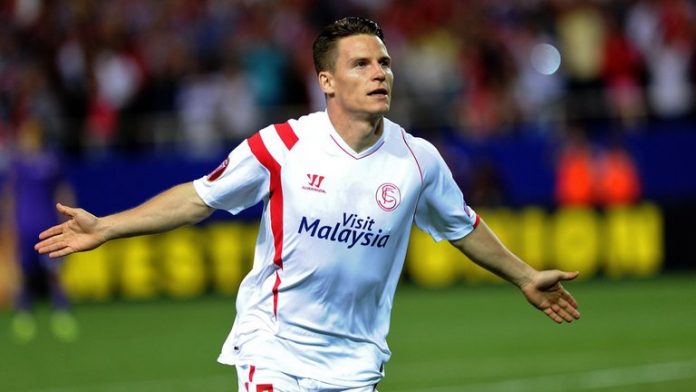 Atletico Madrid have announced the signing of French striker Kevin Gameiro from fellow La Liga side Sevilla, with Luciano Vietto moving the other way on loan.

Gameiro has signed a four-year deal to join Atletico Madrid, who will reportedly pay £27 million plus the add-ons for the 29-year-old.

A statement from Atletico Madrid read: “Atletico de Madrid and Sevilla FC have reached an agreement for the transfer of Kévin Gameiro to our club. The striker, who will sign for four seasons, will travel to Madrid this evening.

“The transfer is contingent to the French player successfully undergoing the medical examination.”

Gameiro joined Sevilla after leaving Paris Saint-Germain in 2013 and has since netted 67 goals and provided 17 assists in three seasons, including 29 goals he scored last campaign.

Meanwhile, the agreement between the two Spanish clubs also includes the season-long loan deal for 22-year-old Luciano Vietto. The Argentine striker will spend the 2016/17 season at Sevilla, who have the option to make the deal permanent next summer.