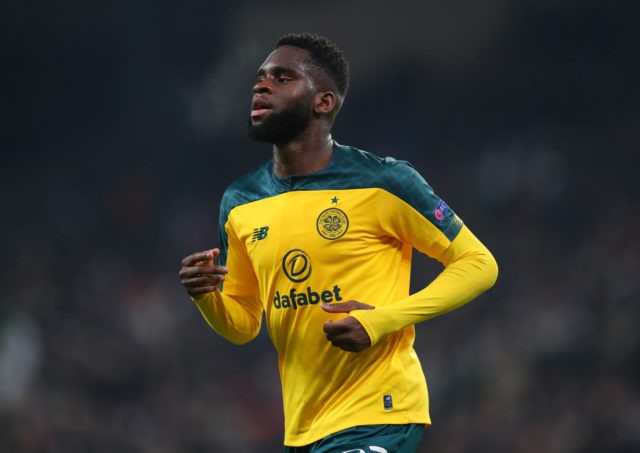 According to reports from the Scottish Sun, Celtic striker Odsonne Edouard is open to extending his stay at Parkhead.

The French striker has scored 27 goals and provided 19 assists in 45 games in all competitions this season.

Last month, it was reported that the Magpies were weighing up a move for the striker. The Hoops value the player at around £40m, but due to the present financial situation, a deal could be done for much less.

The Sunday Times also claimed last month that Premier League rivals Tottenham Hotspur were keeping close tabs on Edouard as they look to sign a back-up striker for Harry Kane.

However, Edouard has claimed that he would love to be a part of the Celtic squad that could win the tenth Scottish Premier League title in a row next season.

“Winning 10 in a row is very important for the club, the players and the fans. Of course, I would love to be part of it. No one knows what will happen in the future but I want to be a part of it,” said Edouard to the Daily Record.

If Edouard ends up staying at Celtic, it could spell bad news for both Spurs and Newcastle. Both the clubs are looking to sign a striker in the summer, and the 22-year-old would be been a fantastic signing for them.

However, Celtic could still be tempted to offload him if they receive a handsome offer.