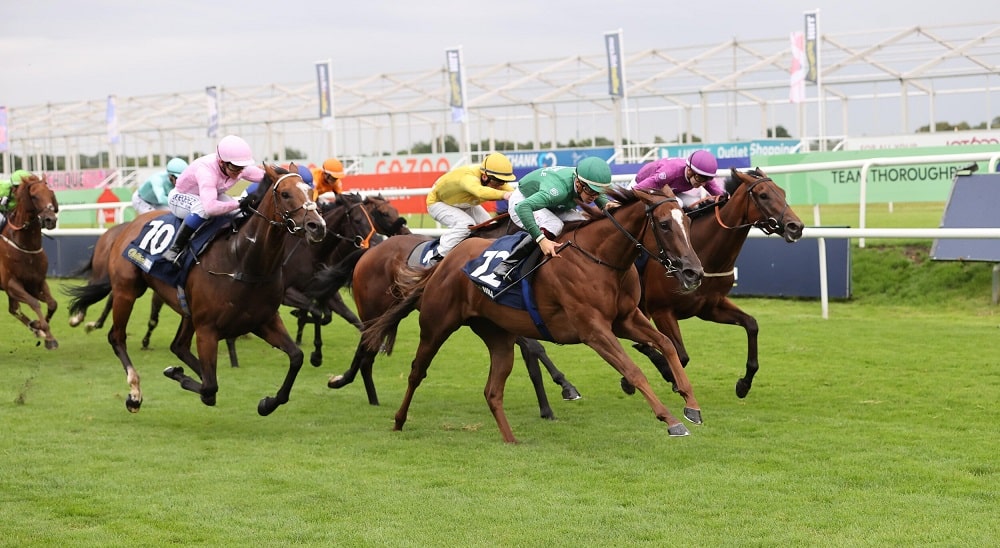 The 1m 4f November Handicap at Doncaster brings the curtain down on the British Flat turf horse racing season. It’s one of the big betting races on Saturday, 6 November this year (2:40). A typically wide-open renewal of the middle-distance handicap, sponsored by Virgin Bet, sees many in with chances.

What do November Handicap trends reveal about the race, then? Six of the last seven victors had an official rating of 95 and above, so that metric eliminates half the field. Favourites have a poor recent record, but the last seven November Handicap winners were all returned on horse racing betting sites at prices of 10/1 or shorter. Punters need a prominent contender, then.

Horses of different ages have delivered in this down the years, so profiling on that front is difficult. One of the key November Handicap trends is the Doncaster draw, however. A middle-to-high stall clearly produces success. Each of the last seven November Handicap winners came out of gate 12 and higher. SportsLens experts use those stats to help find horses to back in the race…

Why First Light is a fancy in the November Handicap betting

John Gosden has a record six wins in the race with three of those since 2009. Now assisted by son Thady, their unexposed three-year-old First Light drops down in class here. Second to subsequent Listed scorer Wirko on his racecourse debut at Kempton, this Dubawi colt was then third behind John Leeper at Newcastle.

When switched to the turf at Ripon, First Light bolted up by 12 lengths. Although then only seventh in the King George V at Royal Ascot on handicap debut, he resumed winning ways at the Berkshire venue in July. First Light was always doing enough to hold Edinburgh Cup victor Dhushan by half-a-length.

The fourth, sixth, eighth and ninth have all come out and won since too, so that means there is substance to the form. First Light was then far from disgraced on his first try in Listed company when fifth in the Noel Murless Stakes, again at Ascot. He didn’t get the 1m 6f trip, so dropping back for the November Handicap at Doncaster makes sense.

Those home in front of First Light included subsequent Prix Royal-Oak scorer Scope, Heritage Handicap winner Chalk Stream and Bahrain Trophy second Mandoob. He also beat Melrose Handicap victor Valley Forge home too. Now down in grade, there is a case for First Light bouncing back under Rab Havlin. With him back on board, odds of 8/1 with Bet365 say the pair can plunder this prize.

Bet on First Light with Bet365

Issues with other prominent contenders

At the time of writing, it is 10/1 bar First Light but those next in the market have questions against them. Calling The Wind carries top weight for jockey-turned-trainer Richard Hughes. This is plenty sharp enough for a horse who won over 2m 4f at Goodwood earlier in the campaign. The five-year-old Authorized gelding was also second in the Queen Alexandra at Royal Ascot and third in the Cesarewitch at Newmarket.

East Asia, meanwhile, has a low draw and only last ran 10 days ago. A win in the November Handicap at Doncaster has been done with a quick turnaround before, but it’s not ideal. Ian Williams’ charge was a comfortable winner at Nottingham, but now has 5lb more. The six-year-old Iffraaj gelding’s best form is over further too.

Charlie Appleby reaches for first-time cheekpieces on Global Storm but, even with Adam Farragher taking 5lb off with his claim, the Godolphin runner is 4lb higher than the last winning mark. This four-year-old Night Of Thunder gelding doesn’t look well-handicapped on paper really.

David Menuisier doesn’t have a good record at Doncaster, meanwhile, and a mark of 89 hasn’t been good enough for any horse to win the November Handicap in recent years. That combination makes it hard to fancy his runner Flyin’ Solo, who may need the run after 113 days off the track. This four-year-old son of Roderic O’Connor is also 10lb higher than when winning over the trip at York.

The draw apart, Mr Curiosity brings some interesting form into the race. Trained by Charlie Fellowes for Anthony Oppenheimer, this four-year-old Frankel gelding bolted up at Redcar last time out. He was odds-on that day, so expected to win but his ready success caught the eye.

It is one piece of back form that marks Mr Curiosity out as a contender in the November Handicap betting here, though. On his last start before a midsummer break, he chased home Manobo on the All-Weather at Kempton. The winner has since come out and landed a Listed race in France, then completed the hat-trick in the Group 2 Prix Chaudenay on Arc Weekend.

That Kempton form has also been franked by the fourth home, Goolwa, who has since progressed for a Listed success in the Beckford Stakes at Bath. A couple of others down the field have also registered victories too. This black type for those in and around Mr Curiosity that day hints at his ability.

It makes a mark of 95 look workable here. Mr Curiosity is 11/1 with William Hill, who pay six places on the November Handicap at Doncaster, and an each way play. Fellowes has enjoyed a couple of recent winners, so the stable is in some form.

Back Mr Curiosity each way with William Hill

Having twice placed over the course and distance, Dark Jedi should be there or thereabouts again. Trained by Tim Easterby, this five-year-old Kodiac gelding has run in many of the class 2 handicaps in the north of England this season. Dark Jedi is pretty consistent too, hitting the frame on six of his last seven starts.

Although running off 5lb higher than his last winning mark, he meets Ebor Festival conqueror Sam Cooke on better terms with just a length to find. Dark Jedi was third that day and now meets the winner again with a 5lb swing in the weights. It doesn’t make sense that Ralph Beckett’s charge, who flopped when nowhere in this race and sent off favourite last year, should be a shorter price.

Dark Jedi does have an accursed low draw, however. He is also an each way player at 16/1 with William Hill but it may be worth taking even more places with Betfred. They pay on the first seven home in the November Handicap at Doncaster. Dark Jedi is a 14/1 shot with them.

Bet on Dark Jedi each way with Betfred

He now meets the winner off 3lb better terms with less than two lengths to find. HMS President perhaps wasn’t suited by the downhill track at Goodwood last time out. Johnson Houghton keeps the blinkers on him here after trying them for the first time in that assignment.

Any horse that has made the frame at Doncaster on more than one occasion keeping on well at the finish is worth a second look. Rhythmic Intent is only 14/1 with bookmakers for this, yet HMS President is 22/1 with Betfred. On the revised terms, that seems generous and he could outrun those odds and into a place once again.

Back HMS President each way with Betfred

Back these three horses each way for the November Handicap at Doncaster: