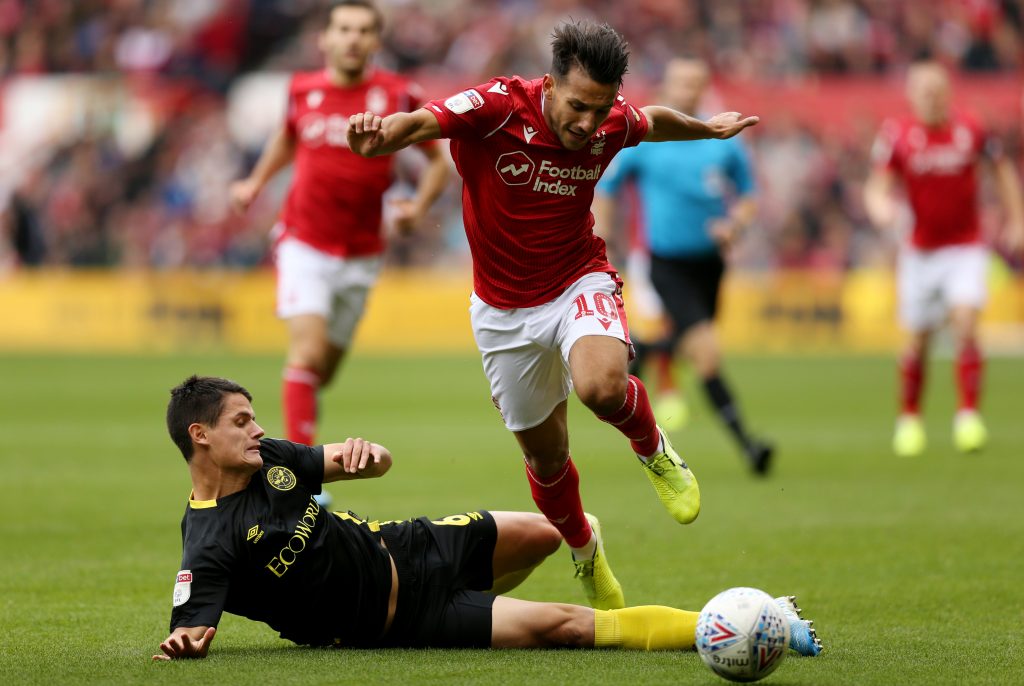 Nottingham Forest are prepared to sell Joao Carvalho in the summer.

According to a report (Sun print edition) (Cited by Nottingham Post), the Championship club will consider a £15m sale at the end of this season.

The 22-year-old has lost his starting berth under Lamouchi and Forest’s intention to cash in on him makes sense. They will be able to strengthen the other areas of their squad with that money.

Forest paid a club-record £13.2m for the player in 2018 and they are looking to make a profit on him now. It will be interesting to see if his suitors are willing to pay the asking price.

He was linked with a move to Greece and Turkey earlier this season. Olympiacos and Trabzonspor were keen on him during the January transfer window.

Apparently, the Greek side are still keen on signing him and they could make their move at the end of this season.

The 22-year-old needs to play regularly at this stage of his career and therefore the move would be ideal for him as well.

Carvalho was highly rated before his move to Nottingham and he will be looking to regain his sharpness and confidence soon.

Here is how the fans have reacted to the news so far.

£25 million in the red for the last financial year – £15m makes a big dent in that and gives us room to manoeuvre when it comes more signings. We’ve had a great season, mostly without him playing, so as much as I love the fella, it makes a lot of sense. #nffc

Absolutely! Get shot ASAP & recoup anything we can get hopefully with an inflated price 2 our Greek friends….🙏The biggest flop in our history no question! 2 think we blew our transfer record on him is ridiculous. 😏

Who’s going to buy him?! Waste of money.

Considering he doesn’t play, which is a shame, why keep him

Yes and bring in 2 solid championship players instead

Yes. Sell him and add depth to the squad.

Yes.Talented but never going to do it in this league.
15m is optimistic imo. But if we got our investment back that would be sensible.