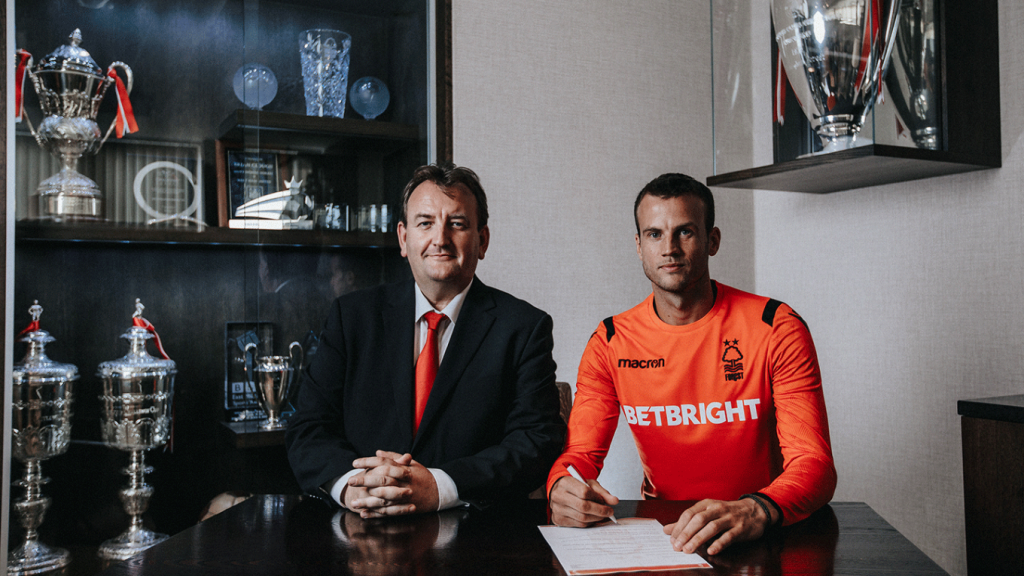 Some Nottingham Forest fans have taken to social networking site Twitter to express their reaction after the Reds confirmed the signing of Luke Steele.

Forest have been extremely busy in the summer transfer window with Aitor Karanka making a wholesome change to the squad.

The 33-year-old goalkeeper left Bristol City at the end of last season and he will join Karanka’s squad ahead of the 2018-19 season after signing a two-year contract.

Steele joined Manchester United as a youngster and has played for Coventry, West Bromwich Albion and Barnsley.

After a brief spell in Greece with Panathinaikos, he joined Bristol City at the start of the 2017-18 campaign, and played a key role for the Robins, especially in their run to the Carabao Cup semi-finals.

Forest have already made 10 signings this summer already, and Steele now becomes their latest addition.

Meanwhile, Nottingham Forest have confirmed that goalkeeper Stefanos Kapino has joined German side Werder Bremen for an undisclosed fee.

Here are some of the best reactions from the Forest fans on Twitter.

An absolute Steele that, bargain

Decent signing that. Gives Smith a chance to go on loan and gain experience. Definitely one for the future.

Solid keepers now, can’t remember a time when we had as good a quality as we have now. Injuries won’t end our season this time around. #nffc

Good and solid signing, knows the game in The Championship! Welcome! ??⚽️?⚪️

Well done for joining the best club in the world.