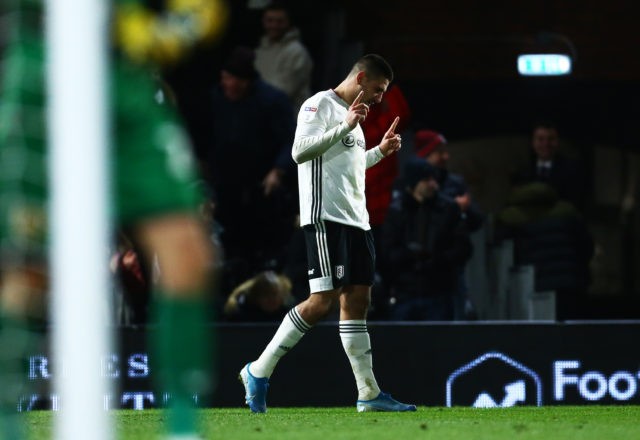 Leeds will be looking to bolster their striker department in the summer, but whether they can capture Mitrovic will entirely depend on where they finish at the end of the season.

If they secure promotion to the Premier League, and likewise Fulham fail to do so, then they will have a better chance of signing the 55 times capped Serbian international.

While Patrick Bamford is a tireless-worker and brings a lot to the table, the former Chelsea striker is not a prolific goalscorer by any means. Leeds do have an obligation to sign Jean-Kevin Augustin in the summer for a fee in the region of £17 million if they go up, but he has hardly played under Marcelo Bielsa.

Whelan feels Mitrovic is a proven goalscorer and would be a ‘good capture’ for Leeds. He suggests that the Fulham striker is the one whom Leeds should be looking at this summer.

“Do we want more tried and tested? Do we want a different style of player?,” Whelan told Football Insider.

“I would be looking at Mitrovic. He has got the fight and the scoring ability and capability of being a difference. Someone who is a handful, someone a bit bigger and stronger. He is better from wide areas and that is where the majority of our play comes from. I think Mitrovic would be one that Leeds will be looking at.

“They paid £27million for him and for £35million it would be a good capture. He is a proven goalscorer, can hold the ball up and he would love the number of crosses we put in the box.”

Mitrovic has been in superb form this season for the Cottagers, scoring 23 goals in 34 games in the league.

Fulham paid a massive £27 million fee for his services when they signed him permanently from Newcastle United. Also, he signed a new five-year deal at Craven Cottage last summer that will keep him at the club till 2024.

Therefore, Fulham, who are third in the Championship, are in no rush to sell him. And in case they do, they will demand a massive transfer fee for him.