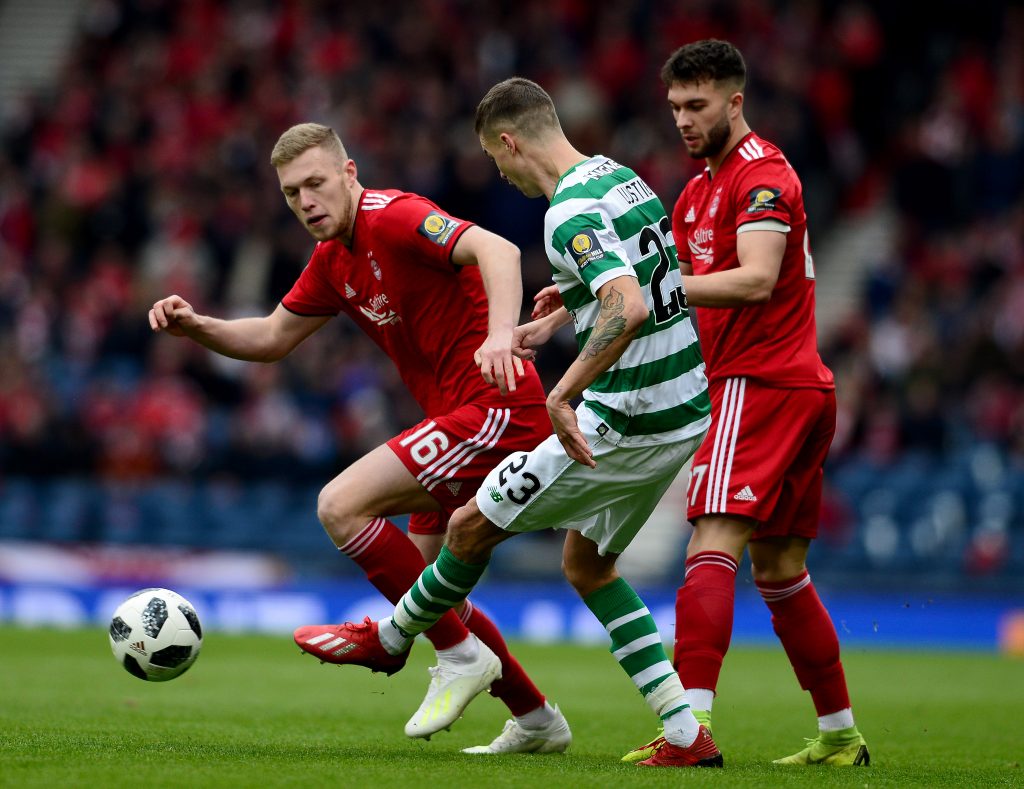 Aberdeen striker Sam Cosgrove has been in fine form this season and Noel Whelan believes that the likes of Rangers and Celtic will be keen on him.

The 23-year-old has scored 23 goals so far this season and he would be a superb addition to either side.

Both Morelos and Edouard have been linked with a move away this summer and if they do move on, Celtic and Rangers should look to bring Cosgrove in.

Whelan said to Football Insider: “I am sure they will have their eye on him but they will face competition from a lot of Championship teams.

“He has had a very good season. A goalscorer who will be at the right price and the right age. He is not even in his best years yet.

“A player that has a lot of improving to do and could be a good commodity and a good buy for many clubs. He will not cost a massive amount but he could be worth a lot in three years’ time. Sam Cosgrove is an investment.

“Goalscorers do not go under the radar. I am sure Celtic and Rangers are looking at it.”

He knows Scottish football well and he will be able to make an immediate impact next season.

Furthermore, he is very young and he will only get better with experience.

Neither of the Scottish giants will want to lose their star strikers but if a big club comes in with a good offer, they might not be able to refuse it.

It will be interesting to see what happens with Edouard and Morelos in the coming weeks.

Both players have shown that they are exceptional talents who are capable of playing at a higher level. They might be keen on a move if the right opportunity presents itself.

As for Cosgrove, he will see Celtic and Rangers as a step up and he is likely to be keen on joining them this summer.

Aberdeen will hope to hold on to him but if there is a good offer and the player wants the move, they will be powerless to stop him.